After nearly 100 years on campus, the Hillsdale chapter of Sigma Alpha Iota women’s music hon­orary will disband at the end of the semester due to low membership.

SAI has had a nationally-rec­og­nized chapter at Hillsdale since November 1925, according to pres­ident and senior Sydney Crawford.

“Recruitment has been very dif­ficult over the past few semesters and our numbers have just been steadily declining,” Crawford said.

Cur­rently, there are only six active members of the group which does not meet the minimum requirement to maintain the chapter.

“We came to a decision that it was in the best interest of the remaining members to close the chapter instead of them trying to balance running the chapter on their own alongside their other extracur­ric­ulars and classes,” Crawford said.

The chapter is closing in coor­di­nation with the organization’s national head­quarters, Crawford said.

“It is a bit unfor­tunate, but it’s better to end when the time is right than prolong a thing past its natural lifespan,” senior Car­oline Welton said.

Sophomore Emily Willis explained the cir­cum­stances that have made recruitment and member retainment difficult.

“Perhaps we could con­tinue if SAI was the very first pri­ority in all our lives, but we have school and theater and other respon­si­bil­ities,” Willis said. “We all agreed it was better to let SAI disband rather than put time and effort into keeping it going, only to fail anyway.”

Many members said they have enjoyed the time they spent in SAI.

“It’s nice to have a com­munity of like-minded women and I really love that we can work on common goals and interests together with music,” Welton said. “Getting to learn from other people’s strengths and talents is really cool.”

Crawford said the members of SAI have been won­derful friends.

“I can’t even begin to count the number of times they’ve been my rock to stand on during some rough patches throughout the year,” Crawford said. “I’ve had the blessing of a won­derful support system in all my SAI sisters.”

Every current member has had a chance to serve in a lead­ership role because the chapter is so small. Crawford said the oppor­tunity has been valuable.

“Being the pres­ident of SAI has been a won­derful but chal­lenging expe­rience,” she said. “This position has offered some unique chal­lenges, like guiding the chapter through internal strife and shrinking numbers, but it’s also been a blessing. I have gained a lot of valuable experience.”

Crawford said SAI’s legacy can con­tinue on campus even when the chapter has dissolved.

“The best way I think SAI’s legacy on campus could be pre­served is a con­tinued encour­agement of musical excel­lence among the women of Hillsdale College. That’s what we stand for in SAI,” Crawford said.

Welton said the end of SAI is not the end of Hillsdale’s women’s music community.

“For the musical women on campus, don’t lose hope,” she said. “Clubs come and go, but you can always find people and make music together.” 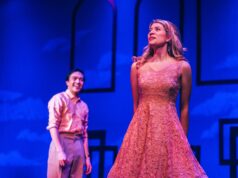 Spring musical ‘Light in the Piazza’ perform this weekend 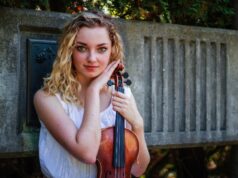 Student-teachers ‘in tune’ with young students 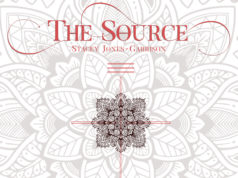