Last weekend, locals could hear Norfolk and Western Business Car 300’s wel­coming whistle as it made its maiden voyage from Cold­water to Hillsdale and back. Bryan Lalevee, founder of Norfolk and Western Business Car 300 Preser­vation Society, said he hopes local fam­ilies and railfans will enjoy weekend excur­sions on the ren­o­vated train, espe­cially during the summer months.

“When I was a kid, my dad would take us down to the train tracks. I was 12 years old when I drove my first loco­motive, or as we called it, ‘ran’ a loco­motive,” Lalevee said. “It wasn’t until 2007 that I became an official loco­motive engineer, but I was always the kid looking up at the loco­motive engineer. Well, now I’m the engineer looking down at the kids and I’ve kind of come full circle.”

The train rides are expected to last three hours total, and will include full-service dining and period-appro­priate dec­o­rative ele­ments. Rail travel used to be a major part of Hillsdale County’s economy, and the preser­vation society seeks to bring this element back.

“It’s pretty hard to imagine, in our hectic, mul­ti­tasking lives, that the railroad once rep­re­sented the ultimate in speed and con­ve­nience,” said JoAnne Miller, board member of the Hillsdale County His­torical Society. “We exist in large part because in 1843 a fateful choice of routes sur­veyed by Henry Waldron brought the railroad our way.”

In the 1800s, trains like Norfolk and Western Business Car 300 offered luxury travel for wealthy pas­sengers during overnight trips.

“This par­ticular car would see maybe the pres­ident of the railroad; it has bed­rooms and a kitch­enette. So it’s a sleeper-business car,” said Travis Bloom, the vice pres­ident of Little River Railroad and chief mechanical officer for Indiana North­eastern Railroad.

“Since we accepted the donation of the car on Oct. 8, 2020, from all funding sources, which includes dona­tions and my own per­sonal donation to the orga­ni­zation plus a matching gift from Norfolk Southern, we’ve raised just under $41,000. Facebook has been our platform for mar­keting and it has been phe­nomenal,” Lalevee said. “What we’ve done with the fundraising is we’ve kept the dollar amounts that we’ve asked for very small and light. For example, when we went to raise funds for the window shades, we broke it down to each indi­vidual shade.”

Alongside boun­tiful dona­tions, numerous vol­un­teers have also assisted with the project.

Bloom will be running the engine for future excur­sions. Little River Railroad is, according to their website, a “not-for-profit orga­ni­zation ded­i­cated to the restoration and oper­ation of his­toric railroad equipment,” while Indiana North­eastern Railroad owns and main­tains the tracks running across Hillsdale and Branch counties. With these com­bined expe­ri­ences, Bloom will be running the engine on the starting excursions.

“The Indiana North­eastern Railroad Company is the freight operator of the line, so they’re the owners of the line. Little River Railroad and the NW300 groups are working together to do the trip itself,” Bloom said. “My work with the Little River Railroad has been for most of my life, it got me started and then I hap­pened to stumble upon my career with Indiana North­eastern Railroad shortly after college, and I’ve been with them for 16 years now. So it just kind of happened.”

Before its ren­o­vation, the car was sitting in a private owner’s barn outside of Philadelphia since the 1990s, and was com­pletely stripped of all fur­nishings due to mold and general dete­ri­o­ration, according to Lalevee.

“The carpet was destroyed and paint was peeling off the walls,” Lalevee said. “Mechan­i­cally, the car was inop­erable. The car has an onboard gen­erator, air con­di­tioning system, and heating system and none of it worked.”

Locals can enjoy an exclusive expe­rience on the ren­o­vated train car.

Lalevee said he is hoping to have mul­tiple trips this summer, running until October. Stu­dents, if inter­ested, can expect to ride the rails this upcoming fall semester.

“Train travel in its heyday 70 years ago was a very lux­u­rious thing,” Lalevee said. “Being able to ride 300 will give people the oppor­tunity to ride in that first class luxury from years gone by, some­thing you cannot do today on Amtrak. That’s what we are aiming to do, is to make it an expe­rience that they will not forget.” 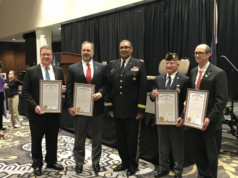 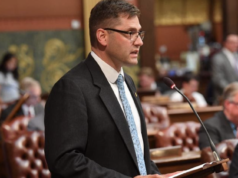 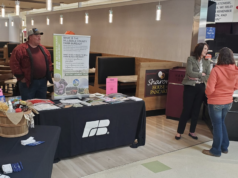