You stumble across the bedroom and grapple with the alarm. You manage to shut it off. As you turn back around, you’re left with the day’s first mess: a scrunched-up pile of sheets and blankets. Will it defeat you again or will you rise to the occasion? Quit making excuses and start making your bed.

If you’re running late, you really don’t have time to throw the pillows on the floor, flatten out the bedding, and throw the pillows back on. It’s too much work, and it’ll consume that pre­cious time used for hopping in the shower, brushing your teeth, or brewing your coffee. Aside from adding to your tar­diness, making the bed is one more incon­ve­nience that works as another source of tension in your morning routine.

Have you ever timed how long it takes to com­plete the task? I have. After three test runs, it took about an average of 9.8 seconds with the top sheet and blanket. When I only had the com­forter or blanket, it was about 6.5 seconds. The fastest shower I’ve achieved is about three minutes, and a good brush of the teeth takes at least 30 seconds. Per­sonally, I’m not a coffee drinker, but the rest of my family is. They say it takes about three to five minutes to prepare a quick cup of Joe. So, spend those few extra seconds in making the bed, which will reorient the rest of your day.

Making your bed also gives you a sense of accom­plishment. You have already con­quered the first task of the day. By starting with this habit, you will have that much more added strength to defeat the next chal­lenge, and so on. Admiral William H. McRaven, former U.S. Navy SEAL officer, made this a theme in his book called “Make Your Bed.”

“By the end of the day, that one task com­pleted will have turned into many tasks com­pleted. Some­times the simple act of making your bed can give you the lift you need to start your day and provide you the sat­is­faction to end it right,” McRaven wrote.

The task orders your mind by the fact of it being the first chore. During the day, you may face countless worries, dis­ap­point­ments, and failures, but to know, when you come home, that at least you made your bed may be enough to give you a renewed sense of hope that the battle was not in vain. You will always enter your room and see the order you created that morning.

Making your bed also pre­pares you to attack the larger respon­si­bil­ities and duties of life. In early Feb­ruary, my brother grad­uated from basic training in the Air National Guard. Regarding training, he said he had to set his tooth­brush in one corner of a drawer with the bristles facing toward the left. The task was so insignif­icant that it forced one of his com­rades to ask a question of the superintendent:

The officer replied, “If I can’t trust you to put your tooth­brush away with care, how do you expect me to trust you to operate a 90,000-pound airplane?”

Making your bed may appear to be a mean­ingless or friv­olous task. Yet achieving success in this little thing, will prepare you to accom­plish suc­cess­fully the larger demands. A bed well made instills dis­ci­pline, attention to detail, and order.

As you get in bed for the night, think about the next morning. You will hear the familiar “beep, beep, beep” and will most likely grapple with the alarm clock. Instead of rushing off to take that shower or to brew your coffee, throw the pillow on the floor. Flatten out the sheets and the blankets. It will take you less than 10 seconds — top sheet included. 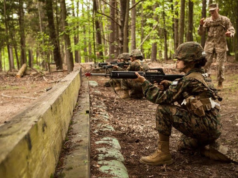 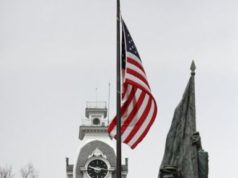