Twelve high school teams will compete in the tour­nament, and all ben­efits from the event will go toward the John Matthew Krutsch Endowed Schol­arship fund at Hillsdale College. The event will begin at 10 a.m. with a shotgun start. Parents, family, stu­dents, and friends are all welcome to attend.

The Krutsch family drafted a letter about the tour­nament and schol­arship and sent it over to Hillsdale Academy. The academy then sent it to all academy families.

“That’s just the academy. It’s what they do,” said Karen Krutsch, Matthew’s mother. “I really only put together the email. I didn’t even have to make phone calls.”

Krutsch said even though this is the first time they’re able to do the tour­nament, they want to keep doing it for years to come.

“After Matthew’s passing, his family made it clear that they wanted to establish the schol­arship,” Hillsdale Academy Assistant Head­master Mike Roberts said. “We were hoping to start it a year ago, but with Covid, this is the time to do it.”

Roberts said golf coach Rolla Frisinger has con­nec­tions with various courses across the state, and chose to compete at Battle Creek because of the chal­lenging course.

“We’ve got a team and we’re excited to be in it,” Roberts said. “Since this is the first one, we hope to improve on it every year.”

Matthew played varsity golf for four years at the academy. During his junior year, his team won the regional tour­nament for the first time. The team included Jonah Harmon, Christian Gossage, Logan Tharp, who went to Hillsdale College, and JP McDonald. They qual­ified for the state tour­nament, went as a team, and then repeated the next year.

“We’ve asked for sponsors, and we have had more than enough hole sponsors, we actually had to duplicate them,” Krutsch said.

Matthew’s class, the class of 2018, is spon­soring one of the holes.

“I’m really glad we can do this, the Krutsch family is important to us,” Roberts said. “This is a great way to honor our past student athlete, and we’re really appre­ciative of the schol­arship, too.” 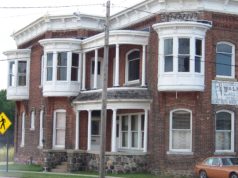 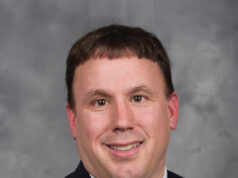