Picture 250-pound men running at each other at full speed, aiming to knock oppo­nents to the ice to get to a three inch piece of rubber. Then imagine it on ice with six-inch blades on their feet while holding five foot sticks.

Welcome to the best sport in the world: hockey.

This is the perfect time to begin watching hockey. The NCAA Frozen Four, college hockey’s Final Four, begins on Thursday and the cham­pi­onship game is Sat­urday. Some of college’s best stars are playing, including Uni­versity of Michigan’s stars Owen Power and Matthew Beniers, the first and second overall draft pick in the NHL Draft. The NHL playoffs aren’t far behind the Frozen Four, with the playoffs beginning on May 2. So if you want to expe­rience some of the best hockey in the world, tune in this weekend.

I grew up around a hockey rink, with my older brother playing hockey for 15 years. The chilly air sur­rounding the ice became a familiar embrace. I remember barely being able to walk but my chubby hands grasping a stick and trying to force the puck to find the net. As I grew up, I played hockey in my family’s backyard almost every day, either with just a stick and a puck or with roller blades. It became a way to blow off steam, snapping pucks at the net for hours on end deep into the night.

Hockey players are oxy­morons: tow­ering hulks of brute muscle who dance across the ice like figure skaters. Five team­mates move as one unit with passes crisply finding the sticks right as the player gets open. There are three parts of the ice: the attacking end, the defensive end, and the neutral zone. The puck has to enter the attacking end before any offensive player crosses the blue line. The best teams move as one, passing across the line at the perfect time to over­whelm the defense and get a good shot on goal.

A unique feature of hockey, line changes, occur during the play without stopping. One of the most chaotic-looking parts of hockey are somehow the most organized.

Line shifts last about 40 seconds, with the exertion of sprinting up and down the ice requiring too much effort to last much longer. Once that internal clock goes off, players glide back to the bench, replaced by fresh team­mates. Five players scramble off the bench, already knowing who is going to replace them in about half a minute.

Hockey players are built with tree trunks for legs, and strong but lean upper bodies. The best players have a low center of gravity, making it hard to knock them off their path. But the game is more than just strength, it’s about accuracy.

Hockey nets are four feet tall and six feet wide, with most goal­keepers being at least six feet tall. That leaves little space to try and get the puck into the net, but somehow the best goalscorers find a way. The best shooters have excellent hand-eye coor­di­nation, with the ability to fit a puck right above or below the goalkeeper’s glove, pads, and stick.

Skating feels like flying. Wind roars past you as the only thing you can hear, letting you outrace your thoughts and worries. Skating, while feeling faster than running even to a novice skater, takes less effort than running and is, in my opinion at least, much more enjoyable. Hockey adds the enjoyment of a team sport, getting the chance to bring in the bonus fun of trying to keep a puck on your stick or find an open teammate as he races up the ice with an opposing player bar­reling down at you. Players develop unspoken chem­istry with teammates.

It also helps with balance, which is crucial during Michigan winters. I’ve only slipped on ice once in my four years in Hillsdale, and I believe that my hockey expe­rience is the main reason for so few falls.

The best part about hockey is the family aspect. While you can play other sports at recess, like football, bas­ketball, or baseball, hockey usually needs more than just a backyard. You might be intro­duced to other sports at recess, but hockey usually comes from your parents or an older sibling. More parents have taken their kids ice skating around Christmas at least once, and more do it on a yearly basis. But just a few times is enough to get a kid hooked. So if you’re looking for a new sport to watch or try, or just trying to avoid spilling across an ice-covered sidewalk, give hockey a try. 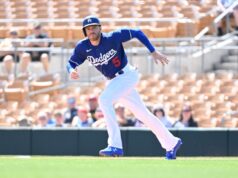 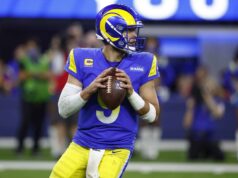 Why teams shouldn’t follow the Rams’ and Buccaneers’ path 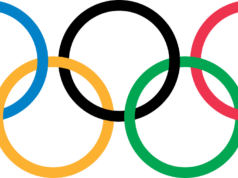 Remove shootouts from the medal rounds of Olympic hockey