Everyone needs a certain amount of bullying.

I under­stand that may seem brutish, but let me explain. I don’t mean real, physical bul­lying, and I’m not advo­cating for everyone to get a swirlie or to get shoved into their locker every other day. What I mean is that a certain level of verbal chiding from sib­lings, friends, and strangers alike can go a long way for a maturing young person.

At Hillsdale, we have an unusually high per­centage of stu­dents that, prior to their time at the college, only ever had their eight sib­lings as class­mates. Home­schooling is a great thing that can benefit both the student and their family in countless ways, but for many of those that spent much of their time learning outside of a tra­di­tional in-school setup, there can cer­tainly be some social disconnects.

Certain societal norms, like not wearing a suit to class every day or wearing shoes at all times in public places, are simply missed by some in this situation.

What others think about you should not take up the majority of your thinking — far from it — but there is an unde­niable amount of “I would look really weird if I did this” that is both healthy and nec­essary as you think about putting on a fedora before class in the morning.

Growing up, if I walked down­stairs in a dis­as­trous outfit I thought looked good — which was com­mon­place — any one of my three brothers wouldn’t hes­itate to let me hear it.

If I somehow made it past them, I was sure to get a similar level of honesty from my friends at school.

Learning how to dress isn’t the only moti­vation for having a little extra bul­lying in your life, nor the most important. The widely-accepted intri­cacies of social inter­action, including what is or isn’t too much to share in a public setting, are easy to instill with a little verbal rebuking.

While I’m sure I enjoy seeing couples get incredibly phys­i­cally intimate in the Union or the library as much as the next guy, it’s not con­ducive to a focused learning envi­ronment, or even just a normal trip to AJ’s.

It’s my per­sonal feeling that a well-placed, pointed admo­nition of those vio­lating social norms to this degree would go a long way to help make everyone’s Hillsdale expe­rience much better.

“I wish I was bullied more,” sophomore Michael Bachmann said. “By all metrics, I should have been. All my current problems are caused because I wasn’t bullied enough.” 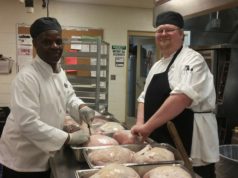 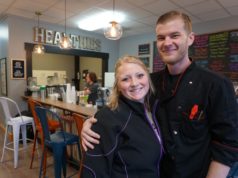 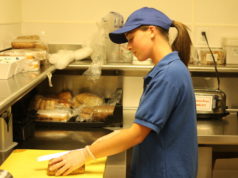