“This per­for­mance showed the wide capacity of the music faculty,” said Timothy McDonnell, asso­ciate pro­fessor of music and director of sacred music. “The diversity of talents in the music department was on full display.”

McDonnell and James Holleman, pro­fessor and chairman of the music department, worked together to create a variety of reper­toire, ranging from con­tem­plative to folk selections.

The chamber choir per­formed works including “I Will Arise and Go” by Shawn Kirchner and “My Soul’s Been Anchored in the Lord” by Moses Hogan.

“I really enjoyed the song ‘When We Love,’” junior Ethan Tong said. “I got chills singing the tender part that talks about how our simple love can transform our weary world, espe­cially with how much angst everyone goes through. It was so relaxing to sing beau­tiful, tender har­monies to such moving lyrics.”

Tong has found that per­forming choral music is entirely dif­ferent from instru­mental performance.

“My expe­rience with being a violist is that you rarely get to interact with the audience since you’re com­mu­ni­cating mainly through your instrument,” Tong said. “But it’s much more intimate with the voice. You’re almost speaking directly to the audience, facing them and some­times even making eye contact. I really enjoy the intimate expe­rience of vocal per­for­mance, and there’s some­thing dif­ferent about making music with the natural instrument God has given all of us — the voice.”

“The works I chose were those by Ludwig van Beethoven and Lili Boulanger,” McDonnell said. “I chose these for several reasons.  First, they could not be more dis­similar. Beethoven’s work is an elegy focusing on the end of life, while the Boulanger is an ode to the rising sun — full of color and elec­tricity.  I also thought that these works would speak well in the acoustical envi­ronment of the chapel.”

“My favorite part of the per­for­mance was towards the very end of the Vaughan-Williams,” Eller said. “Both myself and the soprano soloist, Pro­fessor Dou­glass, ended the music in ascending motion to our last notes. Everyone, including the choir, cut out, and Rick played her last chords to con­clude the music. It pro­vided for a very calming, accom­plished feeling once the music faded away.”

McDonnell also shared a few special moments for himself from the concert.

“In the Beethoven, there was a fast dimin­uendo in a har­mon­i­cally complex moment that I asked the choir to handle deftly in the rather large acoustic of the Chapel,” McDonnell said. “They managed this turn beau­ti­fully in the concert — better than any of the rehearsals. In the Boulanger, there is a place where the sopranos have to ‘float’ a high G with the qui­etest pos­sible dynamic — it’s very chal­lenging. I had to reduce the number of singers to achieve this crys­talline effect, and in the per­for­mance, they absolutely nailed it!”

Before the final piece of the afternoon, senior Ellen Hancock led the senior members of both the chamber and college choir in a per­for­mance of Hillsdale College’s alma mater, “White and Blue.”

“The timing worked out,” Holleman said. “I thought the choir stepped up to that and per­formed well from the beginning to the end of the concert. I’m really happy.”

“The process for the concert prepa­ration was unique in that Pro­fessor Holleman and I were sharing the podium,” McDonnell said. “It took coor­di­nation and a lot of coop­er­ation from the musi­cians to pull the concert together at a date that was somewhat earlier than the typical spring concert.  The stu­dents were great sports.  I’m grateful for their focus and energy in bringing the music to life.” 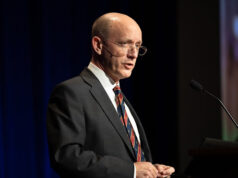 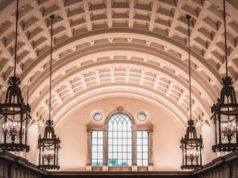 In brief: Faculty members to collaborate with guest organist in upcoming recital 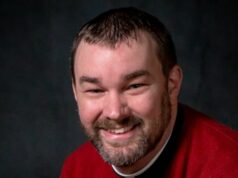