In China, from 2010 — 2012 there were approx­i­mately 119 men born for every 100 women. From 2013 — 2015 that sex ratio was 117 to 100. At a mere glance, these are just numbers, but what do these sta­tistics actually reveal? What sig­nif­i­cance does the average birth of nineteen more males than females annually suggest? What sig­nif­i­cance indeed, when the natural sex ratio turns out to be a mere 105 men to 100 women – a fourteen digit difference.

“China has 30 million more men than women,” declared Chinese jour­nalist and author of “One Child,” Mei Fong, “30 million bach­elors who cannot find brides,” Five years later, that dis­con­certing number remained unal­tered. Until 2021, the same sta­tistics per­sisted in India. These trends seem to indicate a dis­qui­eting reality – girls are going missing. The question is – what hap­pened to them, and why is no one talking about this?

It should come as no sur­prise to learn that, among other nations, China and India expe­rience absolutely stag­gering rates of female foeticide and sex-selective abortion. According to researchers from King Abdullah Uni­versity of Science and Tech­nology in Saudi Arabia, by 2030, 6.8 million fewer female births will occur in India because of the con­stant reliance on selective abortions.

Given pre-existing cul­tural prej­udice against female off­spring, female infan­ticide has been common practice within many parts of Asia.

“Sons are pre­ferred because they have a higher wage-earning capacity (espe­cially in agrarian economies), they con­tinue the family line, and they usually take respon­si­bility for care of parents in illness and old age,” Hesketh, Lu, and Xi noted.

There are also spe­cific local reasons for son pref­erence: in India, the expense of the dowry; and in South Korea and China, deep-rooted Con­fucian values and patri­archal family systems. These cul­tural impli­ca­tions, com­pounded with national efforts such as China’s infamous One Child Policy, further incen­tivized the pref­erence of male children to female.

“When you create a system where you would shrink the size of a family and people would have to choose, people … choose sons,” argues Mei Fong.

Yet, with the emer­gence of newer ultra­sound tech­nology in the early 1980s, the number of female fetuses and infants killed in the Asian con­tinent sky­rocketed well into 2005, leading to the extra­or­dinary sex ratio imbal­ances we see today.

This phe­nomenon went on largely unad­dressed until the reper­cus­sions of such imbal­ances inevitably man­i­fested. In 1989, the People’s Republic of China went so far as to crim­i­nalize all pre­natal sex deter­mi­nation and India fol­lowed suit in 1994 through the Pre-Con­ception and Pre-Natal Diag­nostic Tech­niques Act. To this day, in both coun­tries, sex deter­mi­nation is con­sidered a medical mal­practice. Perhaps this is dis­qui­eting infor­mation for those of us born and raised in the West, where gender reveal parties and prepa­ra­tions mark many of the expected cel­e­bra­tions asso­ciated with preg­nancy. But in nations where fetuses are most likely to be aborted the moment female gen­i­talia are observed on the ultra­sound, medical pro­ce­dures can’t afford to be as lenient. Despite the inten­tions of these legal efforts, female foeticide and sex-selective abor­tions are still con­ducted with impunity by qual­ified doctors and per­sonnel in both in India and China.

The most dis­turbing point to con­sider is the fact that this erasure of women via abortion doesn’t appear to be rel­e­gated merely to Asian nations. As argued by econ­omist and researcher Nicholas Eber­stadt, the global sex ratio at birth reached unnatural levels in the early 2000s.

“Sex-selective abortion is by now so wide­spread… that it has come to distort the pop­u­lation com­po­sition of the entire human species: this new and med­icalized war against baby girls is indeed truly global in scale and scope,” Eber­stadt said.  It thus remains a tragic, unde­niable fact that given increas­ingly advanced ultra­sound tech­nology, abortion has become the means by which so many women around the world never make it beyond the womb, simply because of their gender.

In light of all this, one has to wonder where the fem­i­nists went. Why has no ral­lying cry emerged from the West, the most vocal opponent of sexist oppression and the epi­center of calls for legal gender reform? One must wonder why there has been such deaf­ening silence instead. Can it be that while we were protesting at Women’s Marches, con­demning the lack of access to abortion, we forgot who actually pays the price of that practice around the world? How can orga­ni­za­tions like the United Nations rec­ognize the skewed sex ratios, appalling rates of female foeticide, abortion, and infan­ticide and yet con­tinue to advance abortion as a medical pro­cedure nec­essary for the rights of women? How did the Western fem­inist movement let so many women dis­appear without so much as an attempt at opposition?

This is where the ter­rible irony lies. While Planned Par­enthood advo­cated the seem­ingly sacred right of women to destroy the unborn, it is females who are bearing the brunt of that destruction. What a ter­rible dis­il­lu­sionment, to realize the great defenders of wom­ankind advance that practice which destroys our numbers every day. When did the fem­inist movement advocate selective support of the oppressed crea­tures it claims to stand for? The fight for justice for women appar­ently devolved into one only for those outside the womb – who then remains to fight for those still in utero?

“If abortion is about women’s rights,” asked abortion sur­vivor Gianna Jessen at a 2015 House Judi­ciary Com­mittee Hearing, “then what were mine?”

India and China are lessons, not myths. The warning signs reared them­selves decades ago, and the 23 million missing women are the unde­niable casu­alties. Neither the pro-choice movement nor self-pro­claiming fem­i­nists can afford to support plat­i­tudes like “My body, my choice.” Such euphemisms come largely at the expense of female fetuses. And on that note – Happy Women’s History Month. 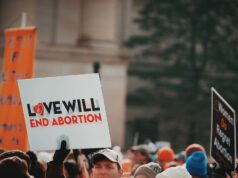 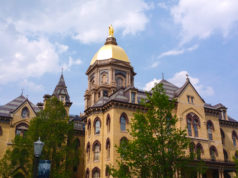