Asso­ciate Pro­fessor of Rhetoric and Public Address Ethan Stoneman argues the Qanon movement was so popular due to its use of hidden mes­sages in his recent article for “Cul­tural Politics.”

“Where We Produce One, We Produce All: The Platform Con­spir­acism of QAnon,” co-authored by Asso­ciate Pro­fessor of Com­mu­ni­cation and Dra­matic Arts at Central Michigan Uni­versity Joseph Packer, was the lead article in the journal’s November 2021 edition.

Q is the pseu­donym of an anonymous person, or group of people, who began posting cryptic mes­sages on the internet in October 2018. Q alleged that a group of high-level indi­viduals, including former Pres­ident Donald Trump, were car­rying out a strategic plan to bring down the Satanic global elite.

“He was not the only ‘anon’ account, but it was the one that somehow able to gain a lot more traction,” Stoneman said, “and I think one of the reasons why that anon account was able to do so was because it encouraged other people to read Q’s mes­sages eso­ter­i­cally and then also to start reading Pres­ident Trump’s mes­sages esoterically.”

The concept of eso­teric inter­pre­tation — looking for hidden meanings in com­mu­ni­cation — was first artic­u­lated by political philosopher Leo Strauss, who applied it to clas­sical philosophers.

Coded com­mu­ni­cation had another effect as well, Stoneman said: it required decoding.

“Making people decode mes­sages is a way to get them to con­tinue to produce mes­sages, because when they decode a message they have to produce that inter­pre­tation,” Stoneman said.

Stoneman argues that Q’s instruction to read Pres­ident Trump’s com­mu­ni­ca­tions eso­ter­i­cally set Q apart from other anon accounts. This way of con­necting Trump with Q’s nar­rative caused the movement to “spread like wildfire,” Stoneman said, some­thing that would not have been pos­sible without digital net­working made pos­sible by modern tech­nology. Stoneman attributed Q’s pop­u­larity in part to a cul­tural shift as well.

“One of the con­textual reasons as to why Qanon became so popular is that we’re losing what used to be called main­stream culture,” Stoneman said. “It’s going to be harder and harder to agree on what’s a con­spiracy theory when you don’t have con­sensus on the right or appro­priate inter­pre­tation. Every­thing is becoming more and more fragmented.”

Kirstin Kiledal, pro­fessor of Rhetoric and Public Address, said these divi­sions come as people have dif­ferent nar­ra­tives through which they make sense of the world.

She said people who follow Q look for internal ratio­nality or cohe­siveness of their nar­rative as well as evi­dence this nar­rative “rings true in the real world.”

Kiledal said this search is char­ac­ter­istic of any nar­rative worldview, even the main­stream one. Stoneman said it is important to con­sider unstated assump­tions in one’s own worldview as well as in the world­views one encounters.

“I think it’s good to do a system check every now and then and ask yourself, ‘Okay, why do I believe the things I say that I believe?” Stoneman said. “And so before we start yelling across the aisle at what you think is stupid, I think it’s always good to do this bit of self-reflection and ask oneself, ‘Well, where do my beliefs come from, how are they con­di­tioned, and what’s going on with me and how I’m seeing the world?’ ” 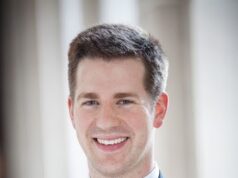