The Hillsdale County Repub­lican Party faced backlash after hosting an “Insur­rection Anniversary” on Thursday, Jan. 6, one year after the Capitol riot.

The HCRP’s “Insur­rection Anniversary” took place during its monthly meeting on Jan. 6, according to party sec­retary Jon Smith. The event, which took place at 6 p.m. in Sozo Church Hillsdale, fea­tured several speakers who attended the Stop the Steal rally.

The “Insur­rection Anniversary” made national head­lines when MSNBC’s Rachel Maddow tweeted about the HCRP on Jan. 6, crit­i­cizing orga­nizers’ bad grammar.

“‘Food and drinks will be provide,’” Maddow wrote, including a screenshot of the event description.

A Jan. 7 MSNBC article referred to this event as an “‘insur­rection anniversary party.”

Repub­licans also crit­i­cized the event. In an interview with Jackson TV, state Sen. Mike Shirkey, R‑Clarklake, con­demned what he called the HCRP’s “cel­e­bration” of the Capitol riot.

“We invited guest speakers to come up and talk about their expe­rience,” Smith said.

The public reacted neg­a­tively to the event, according to Smith.

“I get a lot of bad calls,” Smith said. “I encourage it. Any time I can trigger a liberal, I’m game.”

The Hillsdale County Demo­c­ratic Party issued a statement that expressed dis­ap­pointment in the HCRP for cel­e­brating “an event whose goal it was to interfere with the demo­c­ratic process and to undermine the outcome of an election.”

“Many people were injured and some lost their lives, this should never be a cause for cel­e­bration, no matter your political con­vic­tions or affil­i­ation,” the Hillsdale Demo­c­ratic party wrote.

The HCRP cen­sured Shirkey on Feb. 4 for a series of “actions and inac­tions,” according to MLive.com. The county Repub­licans secretly recorded their meeting with Shirkey, according to WILX, and Shirkey later apol­o­gized for making “insen­sitive com­ments” in the video.

“The guy that we cen­sured from our party, the guy that we clashed with, we under­cover video­taped and totally destroyed his political career, went on TV and said that this was a cel­e­bration,” Smith said, ref­er­encing a Jackson TV interview with Shirkey. “That’s what caused the backlash.”

Smith also acknowl­edged that the event’s title may have fueled criticism.

“The word insur­rection is a trigger word, let’s be honest,” Smith said.

While the HCRP labeled this a “fundraising event” in the Facebook announcement, party Chair Daren Wiseley said no fundraising was involved.

“All of our monthly meetings cost $10 to cover food and rental costs; there was no special ‘fundraiser’ regarding the event,” Wiseley said.

“This is a little absurd, it’s all for political points, and it’s really silly,” Smith said.

The Col­legian could not reach Shirkey for comment in time for publication. 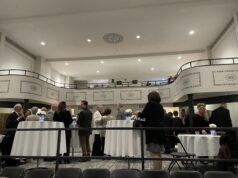 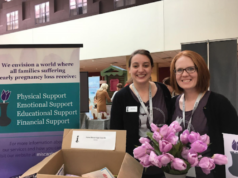