Cowboy boots, Tolkien shirts, massive belt buckles, a sweet southern drawl — those were my first impres­sions of the man who would be my roommate sophomore year.

He was no boring Michi­gander, but a char­acter straight out of my imag­i­nation of the South. I came from a totally dif­ferent direction: the barely-rep­re­sented Northeast. I sported an aspiring prep style: boat shoes, Nan­tucket red (prac­ti­cally speaking, pink) pants, and lots of linen. We may have been placed on the same floor, but we were two very dif­ferent people. The pos­si­bility of rooming together was far from my mind at first.

But then again, our sur­pris­ingly common upbringing and mutual search to glorify God drew us into a more mean­ingful con­nection, and moved us closer into the position of becoming room­mates for our sophomore year.

It was an acci­dental, double-booked meeting with Asso­ciate Dean of Men Jeffery “Chief” Rogers that launched us into weekly con­ver­sa­tions together.

When con­sid­ering getting to be room­mates, Clay told me he wanted to “get on my schedule.” My schedule is far from typical for a college student: 9:30 p.m. bedtime and wake-up around 6 a.m.. No homework past 10 p.m., no excep­tions. This yearning for my abnormal habits was some­thing I didn’t under­stand at first, but was what ulti­mately brought us together.

That first fall, he also fell into my other routine: working out at 7 a.m. at the Splex with Chief.

It was here that we began to really bond over mem­o­rable quotes from our virtual workout leaders — Tony Horton and Shaun T. — which became inside jokes that kept us laughing right up to bedtime.

Then there was our post-workout obsession with lis­tening to a wide variety of worship music, from age-old hymns to the latest releases. During these impromptu praise ses­sions, we explored and ana­lyzed a mutual pet peeve of ours: song lyrics that appeared doc­tri­nally ques­tionable or just plain funny.

It was during this time that the ’90s worship music like “Made Up Mind” by Geron Davis became forever part of our story. This song, along with many others, would fill up our quote book of lyrics to both tease and encourage each other on to the truth of living for Christ.

Through these con­ser­va­tions, with jaws exhausted from laughing and smiling so much, we would head to classes just a little more jovial.

But that did not elim­inate space for serious con­ver­sa­tions. Over the last two years, we have made it a pri­ority to meet with one another for a special time of prayer at least once a week. In those con­ser­va­tions, we would go deep into account­ability — sharing our thoughts, desires, and fears, and encour­aging each other by pointing back to Scripture and God’s faith­fulness in our lives. Our drives lis­tening to worship music on the way to church and talking about what we learned on the way back also pushed us toward a mature faith.

This initial bond of broth­erhood formed us not only into better friends, but also into better roommates.

A roommate is not just someone who shares your room, but a special indi­vidual that shares a part of your life. Through rooming with someone else, you have the unique oppor­tunity to practice humility, patience, and bearing with each other in love.

Whether it’s com­mitting to go without desserts for a month, encour­aging each other about papers, or fig­uring out how to make our room as dark as pos­sible for sleeping, working together as room­mates was rewarding for both of us:

“Two are better than one, because they have a good reward for their toil. For if they fall, one will lift up his fellow. But woe to him who is alone when he falls and has not another to lift him up” (Eccle­si­astes 4:9 – 10).

Having a good rela­tionship with your roommate takes work. But if you make time to learn each other’s needs, it will be a huge blessing. 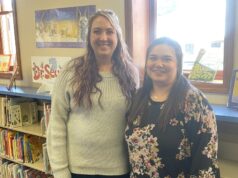