Two new trustees will join the Hillsdale College board, according to aNov. 23 press release. The addi­tions are David Hough, a private practice psy­chother­apist, and Nersai Nazari, founder and exec­utive chairman of Vital Connect Inc.

“The Hillsdale College Board of Trustees has been in con­tinuous oper­ation for 177 years,” Rich Péwé, chief admin­is­trative officer and sec­retary to the board, said in the press release. “These new members will con­tinue to build on Hillsdale’s long legacy of pro­viding a liberal arts edu­cation out­standing among American universities.”

Hough, whose wife is an alumna of the college, works with ter­mi­nally ill adults and children. He also spe­cializes in grief, mar­riage, and family coun­seling. Hough was named an hon­orary alumnus of Hillsdale College in 2016, and con­tributed to the Fred­erick Dou­glass scholarship.

“I’m deeply honored, I really am. I’ve met a number of the trustees,” Hough said. “ It’s no small honor to be a trustee of Hillsdale College. I’m very much looking forward to it.”

Nazari and his company have developed advanced tech­nology to monitor patients in and out of the hos­pital. He has more than 10 pub­lished tech­nical papers and 12 patents for tech­nology, which have helped save lives throughout the COVID-19 pan­demic, the press release said.

As trustees of the college, Nazari and Hough are charged with being the “faithful stewards of Hillsdale’s his­torical example of freedom,” according to the Hillsdale College website. They must “remain ded­i­cated and com­mitted to Hillsdale’s long­standing tra­dition of insti­tu­tional inde­pen­dence and aca­demic excellence.”

“I am going to do every­thing and any­thing to keep outside forces from trying to mit­igate change and redirect the core prin­ciples of the school,” Hough said. “I think that’s probably the greatest. It’s called standing guard. I am very, very invested in that endeavor.” 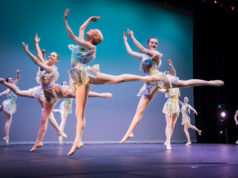