This year, female stu­dents moved into Koon Res­i­dence, bringing with them faux but­ter­flies, gar­lands, and new­found com­munity. Koon Res­i­dence, a tiny dorm located on the south side of campus, may not be at the fore­front of someone’s mind at the mention of on-campus dor­mi­tories. Founded by Ezra L. Koon in 1959, the dorm has housed both men and women since its founding.

Sophomore and Koon res­ident assistant Anna Kate Hicks said because of its con­sistent pen­dulum swing from a male dorm to a female dorm, Koon does not have much of a rep­u­tation or stereotype, unlike other dorms on campus.

“It was often for­gotten as a guys’ dorm,” Hicks said,  “I unfor­tu­nately fell into that group of people who forgot it existed my freshman year, which is ironic because now I live here.”

Hicks said most girls did not know one another at the beginning of the year, but that has changed.

“I think the deans did a really good job putting sweet, genuine girls in the dorm,” Hicks said. “Many girls were unex­pectedly placed in Koon but have appre­ciated some qual­ities it offers.”

Sophomore Evalyn Homoelle was one of those girls who was sur­prised to learn she would be spending the year in Koon.

“While being assigned to live in Koon was unex­pected, I’ve come to appre­ciate several aspects of the dorm,” she said, “Our RAs are incredible, and the prox­imity of the dorm to campus has been so convenient.”

Hicks said she shared her and her fellow res­ident assistant, Ciara Carr’s, goals for Koon.

“We wanted it to be a place of safety that you feel com­fortable coming back to,” Hicks said, “but also a place of growth where you grow, are stretched, and build character.”

The res­ident assis­tants pur­pose­fully chose the theme of the dorm as a “cocoon” based on this atmos­phere. The dorm is decked with lights, gar­lands, and butterflies.

“The idea is of safety, the safety of a cocoon,” Hicks explained,  “but it’s also a place where you can grow into a butterfly.”

The lobby of Koon is almost always full of treats and fun conversation.

“We have great con­ver­sa­tions in the lobby under the fairy lights,” Hicks said. “We even had a ramen night because lots of girls make ramen at random hours of the night. We almost always have homemade food out in the lobby, whether brownies or pies from res­i­dents or meals from our house mom, Pam.”

Despite its small size, Koon is involved in campus life as a part of a group called Southside Sweet­hearts, which com­peted in Home­coming this fall.

“I was con­cerned about being one of the few, female girls on the opposite side of campus,” Hicks explained.  “But we were able to build Southside Sweet­hearts, and many Koon girls clicked with that. Now, we’ve built a sis­terhood with Town­house and Paul House, as three small dorms on the southside of campus.”

Junior Jack Golden, an RA in Nied­feldt, lived in Koon from 2020 to 2021, and said dorm culture was lacking.

“As a guys’ dorm, it was full of transfer stu­dents who didn’t have much in common, which made dorm cohesion very dif­ficult.” Golden said. “When you have a dorm that small, it’s so important that people want to live there and share interests so that the dorm actually has a culture and isn’t just a location.”

Golden said he’s happy to see the success the girls have had in building a stronger com­munity within the dorm.

“Whether kept a women’s res­i­dence or not,” Homoelle said, “I think that the culture of Koon would be greatly increased if it was con­sis­tently kept a single-gender dorm and not switched from year to year.”

Homoelle said she thinks Koon is better as a men’s dorm due to its close prox­imity to Whitley and Nied­feldt. Hicks, on the other hand, said the small size works well for a women’s dorm.

“I hope it will remain a girls’ dorm,” Hicks said. “I really think it’s better suited for girls than it is for guys. There’s some­thing about the small com­munity that girls really thrive in. I think it’s a really cozy and beau­tiful place.” 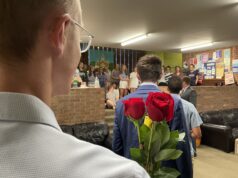 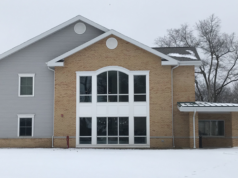 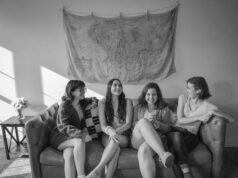