Elon Musk recently became the richest man in the world, and the first person to be worth more than $300 billion. But the foun­dation of his fortune — his investment in Tesla — is based on hype, not reality.

Despite being the worst per­forming short trade on the market, Tesla has not only the highest stock value of any auto­motive company ever, but a total worth that is more than its 10 closest com­petitors com­bined. And its price seems to be on the rise.

Tesla’s market share is not only over­valued, but absurd in the context of other auto­mobile man­u­fac­turers. The hype sur­rounding Tesla’s growth is not real­istic or sustainable.

In the past three years, Tesla’s stock has boomed by more than 2,000%. Tesla passed Facebook to become the fifth most valuable U.S. company when it hit a $1 trillion dollars in market cap for the first time last week. This makes Teslas worth more than Berk­shire Hathaway Inc.  and Johnson & Johnson com­bined. This came just after the American car rental company Hertz Global Holdings, Inc. announced on Oct. 25 that it would buy “an initial order of 100,000 Tesla cars by the end of 2022,” according to CNBC.

The 18-year-old brand has outdone expec­ta­tions. It should be con­sidered as one of the greatest business suc­cesses of the 21st century. But it is they are not alone in its­their growth this year as many other man­u­fac­turers have also seen increases.

Earlier this year, when Tesla’s stock was selling for around $700 a share, Craig Irwin, senior research analyst at Roth Capital, declared that the company’s price target should really be around $150, according to CNBC.

Irwin called Tesla a “minor player” in the U.S. and European auto­motive markets, but its val­u­ation is now more than the com­bined worth of its com­pe­tition: GM, Ford, Toyota, Honda, and Fiat Chrysler market cap­i­tal­iza­tions amount to just about $500 billion, half of Tesla’s worth.

Nev­er­theless, these brands account for more than 65% of the U.S. market share for light­weight vehicles, whereas Tesla’s market share is less than 2% in the U.S., according to GoodCarBarCar.com. In fact, it’s just 1.91%, which is down from 1.99% in 2020. Even BMW, a luxury brand, cur­rently sells more cars than Tesla.

But other more suc­cessful car­makers have cheaper stock values: General Motors has stock worth just over $55 dollars, even though it made almost four times as much revenue in 2020 as Tesla.

Will Tesla surpass expec­ta­tions? It has let down its cus­tomers lately.

For instance, Tesla’s Cybertruck, announced with fanfare two years ago for a release in 2021, will not be available until at least late 2022, according to Slashgear.com. Tesla will probably not be able to meet the degree of volume until late 2023, a full four years after its initial announcement.

The cost of the COVID-19 pan­demic shortages might explain some of the delays, except that more estab­lished automakers are moving ahead.

General Motors, for instance, announced its first electric pickup – the GMC Hummer EV – in October 2020. First edi­tions will hit the U.S. market this fall, according to GMC’‘s website.

Addi­tionally, Ford announced its new F‑150 Lightning truck last May 2021, two and a half years after the Cybertruck reveal – and it intends to begin pro­duction in the spring.

Ford’s truck offers Tesla-like over-the-air software updates and range numbers, but with the famil­iarity of being a Ford. Tesla, more than ever, is getting beat at its own game.

Tesla has two major problems. The first is its inability to meet demand. Tesla has only three main fac­tories for its auto­mo­biles, and can’t make cars fast enough. Current shipment dates for some of its vehicles are more than four months out, according to The Motley Fool. At some point, con­sumers may get fed up and come to view Tesla as unre­liable. Sec­ondly, the luxury EV market, which Tesla had a monopoly on when it came out with the Model S sedan for the 2013 model year, has been sat­u­rated with models from almost every major car­maker, making Tesla only one of the many ways to step into an EV in 2021. Its Model S sedan, which has been barely refreshed since its release more than eight years ago, is feeling dated com­pared with newer models like the Porsche Taycan.

While Musk might cur­rently think he is the richest man on earth, his phony fortune is based on hype, not facts. 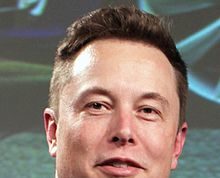 Elon Musk is more than a bored millionaire 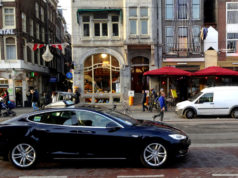 Move over Detroit auto, it’s time to give Tesla a seat at the table