That’s how ESPN’s Sports­center described No.1 overall pick Cade Cunningham’s first game in a Detroit Pistons uniform. He went 1‑of‑8 from the field and scored just two points.

CBS’s Sam Quinn called Cunningham’s outing “dis­ap­pointing,” and pointed out that it was the lowest point total put up by a No. 1 pick since Anthony Bennett notched just two points in his first game for the Cleveland Cav­a­liers back in 2013. Bennett is well known as one of the biggest busts of the century.

Neg­a­tivity and dam­aging com­par­isons like these from the media aimed at young players like Cun­ningham are not only thrown around too early, but crit­i­cisms in the form of harmful per­sonal attacks shouldn’t be brought up at all.

It happens almost every year: a player valued highly in the NBA draft per­forms well below expec­ta­tions, and the media is quick to point out his faults.

The Atlanta Hawks, Boston Celtics, and Orlando Magic took Onyeka Okongwu, Romeo Lanford, and Mo Bamba as lottery picks in each of the last three drafts respec­tively, each averaged at or below six points per game in their rookie seasons. Fans and media alike were quick to bring down heavy crit­icism on each of them. The same is true of dozens of players from every draft in the league’s history.

In many cases, these crit­i­cisms are simply invalid. For Cun­ningham, while his scoring totals were far from pretty, his first games as a Piston saw him perform far better than any box-score would be able to tell you. He grabbed all seven of his rebounds in just the first quarter, played impec­cable defense, and hustled for loose balls.

For many other players around the league, their panning by critics came far too soon. Players like Bamba and Langford just needed time to grow, as they increased their per-game averages in points, rebounds, and field goal per­centage the sub­se­quent three years they’ve been in the league.

The role of the media shouldn’t crit­icize and scru­tinize these players so quickly. Nearly every player in the league grows his game in some way after their rookie year, and for some it can take five or six before they hit their stride.

Players like the New Orleans Pel­icans’ Brandon Ingram and the New York Knicks’ Julius Randle just needed a change of scenery, to move to a new team, to sud­denly turn their careers around, each receiving their first all-star selec­tions on the second team of their career, more than six years in.

In addition to this, the media shouldn’t destroy players like Cun­ningham at all. For one, many are still very young. Each of the first eight picks in this year’s draft were either 19 or 20 years old when mil­lions of dollars and the expec­ta­tions of hun­dreds of thou­sands of fans were thrown into their lap. This is already a tremendous, perhaps unnec­essary burden to bear for young adults who aren’t legally allowed to drink alcohol yet.

More impor­tantly, however, is that the NBA world shouldn’t con­sider these players busts at all. Sen­sa­tion­alized neg­a­tivity from NBA ana­lysts and media members has become so wide­spread in recent years that some players have begun to push back.

Kwame Brown, one such player, was selected No.1 overall by the Wash­ington Wizards in the 2001 NBA draft, but never averaged more than 11 points per game in a season through his whole career. Brown has since been uni­ver­sally labeled a bust by the NBA media, and is a favorite target of ESPN analyst Stephen A. Smith.

Brown has recently taken to Instagram Live to make the point that players like him aren’t really busts. Despite most of the NBA world clas­si­fying him as a failure, he earned more than $63 million in his career, effec­tively breaking the long­standing cycle of poverty in his family.

On the other end of the spectrum sits players like Jeremy Lin, who exploded onto the NBA scene in 2011, scoring the most points in a player’s first five starts in league history and sparking a frenzy, with the media labelled the phe­nomenon “Lin­sanity.” From there, though, his career took a turn for the worse as Lin never lived up to those expec­ta­tions, spending years bat­tling anxiety and depression brought on by his sub­se­quent failings as a player. He now hates even the word Linsanity.

Perhaps jour­nalists see it as just doing their jobs to crit­icise these overpaid ath­letes, or maybe they simply relish seeing these hard­working, mil­lionaire teenagers fail in some way. Whatever the reason, there should be no place for sen­sa­tion­alized neg­a­tivity in NBA media. 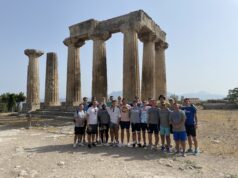 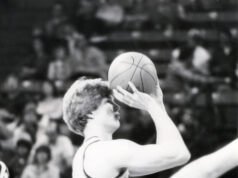