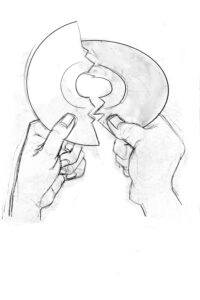 The new student-run mag­azine on campus first passed into readers’ hands in Sep­tember. Its name? Simply, “The Magazine.”

Senior Aidan Cyrus and junior Noah Hoonhout said that, while campus pub­li­ca­tions like the Col­legian, Tower Light, and The Hillsdale Forum provide campus with news, lit­er­ature, and intel­lectual essays, they saw room for a culture mag­azine that applies high intel­lectual ideas to ordinary life. Inspired by issues like First Things and The Lamp, they decided to pursue the question of how to be good Chris­tians in practice.

“It’s very dif­ficult to get people to write and read pub­li­ca­tions in general, so the goal wasn’t nec­es­sarily to get everyone on board,” Cyrus said. “But if we can make a pub­li­cation that would have focused dis­course about these things that are really important for when we go outside of Hillsdale, that would be a win.”

The first edition informed readers that the goal is to “prepare our­selves for battle outside of the enclave of the College, first by ridding our­selves of com­pla­cency, and then arming our­selves with the ability to have mean­ingful, focused dis­course … This pub­li­cation will attempt to show how every aspect of our daily lives can be turned toward the divine.”

Their goal as editors, Cyrus said, is to aid writers in for­mu­lating their argu­ments and allowing them to have opinions in The Mag­azine that the editors may dis­agree with.

“Once you open this door to people, a lot of people have these little things in their lives that they find cool and inter­esting,” Hoonhout said. “And you can kind of abstract some­thing beau­tiful out of it.”

While each editor has written for the pub­li­cation, they’ve stepped back into editing rather than writing as sub­mis­sions increase.

“The goal is if you read it and you dis­agree with some­thing, you should write some­thing in response to it instead of just going back to your dorm and being upset about it in your own mind,” Cyrus said. “Actually for­mu­lating a response to it is the goal and emblematic of the general mission of The Magazine.”

When Cyrus first approached Lindley about advising for the pub­li­cation, Lindley found that he appre­ciated the type of material Cyrus hoped to write.

“It sounded like they wanted to write about topics that touch prac­tical life more than the common types of human­ities topics that come a little more nat­u­rally,” Lindley said. “I thought that was an inter­esting angle. Seeing intel­ligent, thoughtful things about matters that touch everyday life, but that are also timeless.”

Lindley’s piece, fea­tured in the first issue, came from an interview Cyrus con­ducted on Lindley’s thoughts and phi­losophy on music.

One of Hoonhout’s pub­lished stories, titled “Butchers,” tied the occu­pation of a butcher to the larger abstraction of the Latin phrase “memento mori,” meaning, “remember you will die.”

The editors table in the Grewcock Student Union when each issue comes out, handing them per­sonally to stu­dents. By tabling, people can put faces to the name of the pub­li­cation and know it’s not stu­dents looking for their own edi­fi­cation, Hoonhout said.

“We don’t want to just lay it out for anyone to come pick up because it’s inten­tional. We are inten­tionally writing this for people, so we want to actually give it to people,” Hoonhout said. “We think you should actually read this and think about it, and dis­agree or agree or write.”

Once a month, the editors gather behind a pro­jector to piece together their pub­li­cation, while Cote and O’Connor design and format it. After com­pleting the issue, the group sends the final draft to the copy center where it’s printed.

“We get really com­placent just talking to the same people that agree with the same things that we do,” Cyrus said. “These ques­tions need to be thought about more and more, like how do I love my neighbor actually, in a prac­tical sense, not just in an abstract sense.”

The next issue of The Mag­azine is scheduled for release on Friday, November 19.