I’ve never missed a class at Hillsdale College for sickness, or for any other insignif­icant reason, but I’ll take my first unex­cused absence next week. But that’s the only way I can make it home for Thanksgiving.

The 850-mile trip to New Hamp­shire requires 14 hours of driving. I’ve got to start before the holiday break for­mally begins after classes on Tuesday.

I’m hardly the only student facing a frantic travel schedule and worried about courses. Stu­dents who live far away from Hillsdale must decide between aca­d­emics and pos­sibly seeing their fam­ilies at all.

Yet there’s a simple solution to our common conundrum: Instead of squeezing travel time, family time, and turkey time into a brief recess, the college should change its aca­demic cal­endar and create a week-long Thanks­giving break.

Lots of other schools already do this, including Spring Arbor Uni­versity in Michigan, Grove City College in Penn­syl­vania, and Val­paraiso Uni­versity in Indiana.

Even Hillsdale Academy, the K‑12 school attached to our college, takes a full week for Thanks­giving break. Head­master David Diener said extending Thanks­giving break in 2019 was one of the changes he made during his first year as headmaster.

“By giving up only two instruc­tional days, the break is almost doubled in length (nine days instead of five) because it then includes two weekends,” Diener said in an email. “Having a long weekend is nice, of course, but it is much more restive to be away for over a full week.”

The college’s current schedule made more sense earlier in Hillsdale’s history when most stu­dents came from homes closer to campus. According to the class of 2025 catalog, however, just 30% of under­grad­uates in the 20 – 21 school year came from Michigan. That’s the lowest rate ever. In addition, more than 40% of stu­dents came from outside the Midwest. That per­centage goes up each year as Hillsdale increases its national reputation.

Extending the break also would be safer, espe­cially for stu­dents who travel by car. The day before Thanks­giving is noto­rious for ter­rible traffic on the roads. “You might want to avoid trav­eling on Wednesday alto­gether,” says the Wash­ington Post, in an article that ana­lyzes traffic data on Google Maps.

For those trav­eling by air, the relief may be even greater. According to ABC News, the two most popular days of the year to fly are the Wednesday before and Sunday after Thanks­giving. Priceline data says the most popular departure date for Thanks­giving weekend in 2019 and 2020 is on Wednesday, with the Trans­portation Security Admin­is­tration logging 2.6 million trav­elers in 2019 alone.

It’s also expensive to travel. Prices for flights can quadruple during heavily traf­ficked travel times, according to CNN. College is already high-priced. Why make it worse with a holiday schedule that seems custom-made to cost extra?

It’s not like we can save money and hassle and stick around campus. The dorms close during the break and stu­dents must be gone by 5:30 p.m. on Tuesday. If you have a 2:30 p.m. class, you must race back to the dorm, pack up, and find a shuttle or a ride in about an hour. Even if your Tuesday after­noons are more leisurely, you still have to leave.

Pro­fessors probably would enjoy a longer break. They travel, too. They also know that lots of stu­dents won’t show up for Tuesday classes. Some make atten­dance optional. Others make sure they don’t deliver a high-stakes lecture shortly before Thanks­giving. Many already plan their syllabi to accom­modate stu­dents like me, who know in advance that we won’t be around. Others are less obliging. Whatever the specifics, this needless problem van­ishes if the college lengthens Thanks­giving break.

The change would make sense eco­nom­i­cally for the college as well. Closing the dorms and dining hall sooner could save money on heat and staffing at a time of year when both are hard to come by. Other student ser­vices, such as the registrar’s office, could close when fewer stu­dents are using them.

If we’re dashing around and worried about costly travel and missed classes, we dis­tract our­selves from the purpose of the holiday breaK: to stop and be grateful for what we have. So let’s extend Thanks­giving break by two days, and make turkey day a lot less stressful and costly for stu­dents and faculty alike. 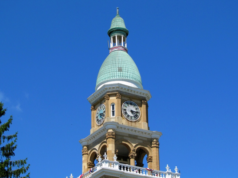 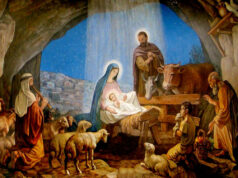 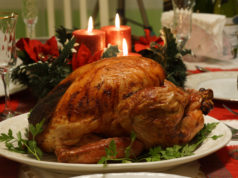