Hillsdale Repub­licans expressed concern over the removal of North Adams Township clerk Stephanie Scott from her duties, fol­lowing her refusal to turn over election equipment.

On Oct. 25, Sec­retary of State Jocelyn Benson relieved Scott of her duties for the Nov. 2 election, alleging that she failed to comply with the Bureau of Elec­tions, and com­manding her to turn in election equipment. On Oct. 29, the Michigan State Police exe­cuted a search warrant to recover missing election equipment at the North Adams Township Hall.

“I’m here to witness that it was in safe keeping in our hall,” Nichols said.

Scott told Bridge Michigan that she was con­cerned returning the tab­u­lators would lead to author­ities tam­pering with the equipment.

“The county clerk’s office and now sec­retary of state are demanding I drop off my machine for unfet­tered access, and God only knows doing what to it,” Scott told Bridge Michigan.

Hillsdale Mayor Adam Stockford said he believes that in refusing to hand over equipment to the state, Scott was per­forming what she con­sidered to be her duties as township clerk.

Hillsdale County Repub­lican Party Sec­retary Jon Smith agreed with Stockford, claiming that Scott was per­forming her duty as she under­stood it.

“I think she’s just con­cerned that the idea of having a free and fair election is not being honored,” Smith said.

Hillsdale Demo­c­ratic Party Sec­retary Mike Sutton did not respond to request for comment.

On Oct. 22, Benson sent Scott a letter noti­fying her that she would be relieved of her usual duties in admin­is­tering the Nov. 2 election.

“Your past state­ments, detailed in prior letters, indicate that you are unwilling to fulfill your respon­si­bil­ities as clerk, and you have failed to confirm that you will fulfill them in response to recent cor­re­spon­dence,” Benson said in the letter.

Smith said he believes Benson is over­stepping her bounds in removing Scott from her position in North Adams Township.

“I think she feels like she’s trying to do her job, and the sec­retary of state is trying to undermine her,” Smith said.

Nichols said he is con­cerned that township offi­cials who are going along with the Michigan State Police and the sec­retary of state in handing over the equipment are acting “pre­ma­turely.”

“There are people in the township who aren’t really cog­nizant of all the ways that cheating could have occurred,” Nichols said.

Smith also expressed concern that some township offi­cials were overly eager to comply with demands from Benson’s office.

“My biggest issue with the whole ordeal is that my county clerk and the deputy clerk– which I con­sider them both my friends– I feel like they’re taking it upon them­selves to get them­selves involved in some­thing they didn’t have to get involved in,” Smith said.

Smith said he is con­cerned it will be harder for Scott to win potential legal battles, since Hillsdale County Clerk Marney Kast and Chief Deputy Clerk Abe Dane are getting involved in the situation.

“Stephanie Scott has a legit concern with the way every­thing is handled and struc­tured, which goes beyond Marney Kast and Abe Dane, and if they would just allow the grievance to go maybe we can get some relief there,” Smith said.

According to the Hillsdale Daily News, Dane recently admin­is­tered the Nov. 2 election in Adams township and seized all remaining election mate­rials from North Adams Township Hall.

In emails obtained by the Hillsdale Daily News through a Freedom of Infor­mation Act request, Dane explained the reason for taking this election material.

“Due to the con­tro­versial atmos­phere created by many false state­ments and mis­in­for­mation regarding election security and pro­ce­dures in Adams Township, as the des­ig­nated Adams Township election admin­is­trator, I took pos­session of all Nov. 3, 2020 election ballots, AV envelopes and ballot appli­ca­tions,” Dane wrote.

Stephanie Scott is unable to offer comment at this time. 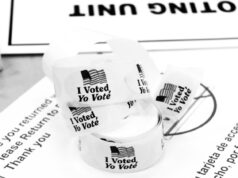 Keep the national popular vote interstate compact out of Michigan 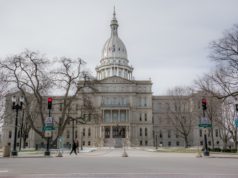 Michigan ‘redistricting’ is gerrymandering in disguise