Christmas music should wait at least until after Thanks­giving. If you listen to Christmas carols any sooner, you probably spell the holiday “Xmas” because you’ve lost all serious appre­ci­ation for the season.

I would not have written this article except for a dis­turbing incident at A.J.’s Cafe on Nov. 2. We had just cel­e­brated Hal­loween. Some of the plastic skeletons were still hanging on the store­front. It was most def­i­nitely not beginning to look a lot like Christmas. And yet, crooning in the back­ground, Michael Bublé insisted oth­erwise. That day in A.J.’s, I was force­fully exposed to a nar­rative that directly con­tra­dicted reality.

Nothing’s wrong with cel­e­brating hol­idays early. Any sane person would agree, for example, that Hal­loween deserves the whole month of October. Yet certain extremist groups have con­spired to cel­e­brate Christmas for not one but two months. Some have even sug­gested that we ought to listen to Christmas music year-round. This seem­ingly innocuous practice threatens the very foun­da­tions of western civilization.

Lis­tening to Christmas music during the majority of November is unjust. It does not give Thanks­giving proper con­sid­er­ation. In addition, it’s been said that “there’s no such thing as Thanks­giving music.” Obvi­ously these people have never heard Led Zeppelin’s song “Thank You,” which is per­fectly suited to our current season. In other words, Thanks­giving is cast to the side, not only because grat­itude is a dying virtue in our society, but because Thanks­giving is not asso­ciated with instant grat­i­fi­cation and pleasure the way Christmas is.

Justice and grat­itude are not the only virtues under attack. Tem­perance is “the virtue of mod­er­ation in desires and plea­sures, espe­cially those of emo­tions,” according to encyclopedia.com. Lis­tening to Christmas music is a symptom of intem­perance. A truly vir­tuous and holy life is defined by a proper balance of feasting and fasting. This balance is destroyed when we move straight from one feast, Hal­loween, to another, Christmas, with no pause in between. It is a man­i­fes­tation of the addiction to pleasure and instant grat­i­fi­cation which modern culture so encourages.

Not only does lis­tening to Christmas music shortly after Hal­loween neglect the impor­tance of a balance between fasting and feasting, but it under­mines the value of the feast itself. The birth of Christ is worth cel­e­brating, but it dilutes the joy of Christmas music to listen to it for two months. By the time Christmas actually arrives, the festive tracklist has played out. If we were to play Christmas music year-round, every song would be as over­played as Mariah Carey’s “All I Want for Christmas Is You.”

We must stop this. We must return to civ­i­lized living. We must wait to listen to Christmas music until Thanksgiving. 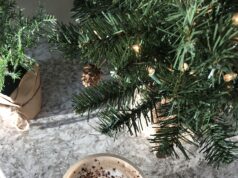 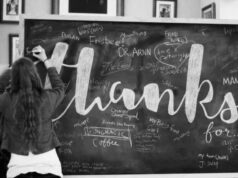