There is no better activity than the escape room.

The first real-life escape game was created by Takao Kato in Kyoto, Japan, in 2007. He decided to bring popular escape video games to life by starting a single-room expe­rience for five to six participants.

“I thought I could create my own adventure — a story — and then invite people to be a part of it,” Kato told The Japan Times.

Escape rooms came to the United States between 2012 and 2014. There were only 22 escape rooms in the U.S. in 2012, but by the summer of 2017, there were almost 2,000 escape room facil­ities in the nation, according to escape room spe­cialists Lisa and David Spira.

Groups of three to 10 enter a space from which they must “escape” by cracking a series of chal­lenges before time runs out. Usually, there is a story behind the game explaining the imminent doom awaiting for those who do not escape in time.

But why lose $25 to be locked in a room of puzzles for 60 minutes? Escape games usually have a 15 – 30% escape rate. What if the timer runs out and your group doesn’t escape?

I dis­covered the joy of escape rooms the summer before I came to college. My group of three friends became obsessed and spent all our time exploring Orlando’s best break-out games. Though our quest to escape from the hardest rooms in record time was inter­rupted when we went to col­leges in dif­ferent parts of the country, we squeezed in escape rooms every time we were home for a break. The summer after our freshman years, we picked up where we left off, fine­tuning our puzzle-solving, riddle-cracking, time man­agement, and critical thinking skills as much as we could.

We escaped from prison cells, a serial killer on the loose, a haunted mansion, ninjas up to no good, and pirate ships, and solved bank heists and Oval Office mysteries.

There is no better way to escape the pres­sures of everyday life than to solve a dif­ficult puzzle with your group or unlock the door to the next room of mysteries.

As my friends and I con­quered more and more escape rooms, we became more than a friend group; we became a team. We realized that each one of us had a spe­cific talent that the team needed to escape before our time ran out. Anytime one of us was missing, our chances of escaping decreased.

Escape rooms not only enhance the secret-agent skills of par­tic­i­pants, but they bond groups under the common goal of escaping from a series of locked rooms in under an hour. Not to mention, they are great fun.

So, if you are won­dering what to do this weekend, con­sider assem­bling a team and trav­eling to Jackson or Battle Creek for the most fun hour of your week. 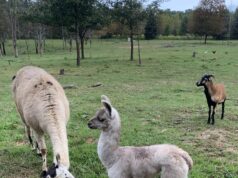 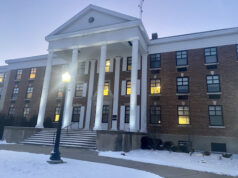