Gov. Gretchen Whitmer visited Hillsdale on Oct. 13 to tour the Keefer House Hotel, according to a press release from her office.

Whitmer said she visited Hillsdale as part of her effort to support eco­nomic devel­opment in Michigan.

“I am laser-focused on tackling the big, struc­tural chal­lenges we face to grow Michi­gan’s economy, create good-paying jobs, and build indus­tries of the future,” Whitmer said in a press release. “I look forward to working with key partners, the leg­is­lature and anyone who wants to put Michi­gan’s fam­ilies, com­mu­nities and small busi­nesses first as we bolster our state’s economy.”

The Keefer House project is expected to increase capital in the city of Hillsdale, as well as create about 50 full time jobs, according to the statement.

“It’s very exciting to see the Keefer Hotel project under con­struction. This project will not only bring much needed revi­tal­ization to downtown Hillsdale, but it will address one of our community’s biggest bar­riers to tourism, the need for addi­tional hotel rooms,” Hillsdale City Manager David Mackie said in the statement.

Whitmer said she enjoyed seeing the Keefer House and what it means to Hillsdale.

“This project is an example of what’s pos­sible when we invest in our com­mu­nities,” Whitmer said in a video on her Twitter page. “I’m proud of these col­lab­o­rative efforts as we con­tinue building our economy up stronger than ever.”

Mayor Adam Stockford said he wanted to welcome Whitmer despite their political differences.

“Throughout the Trump admin­is­tration, when he was in office and went to cities that might have been con­sidered hostile to him and was being treated with utter dis­re­spect by the local offi­cials, I always thought that was dis­gusting,” Stockford said. “We don’t want to be that way in Hillsdale. I hon­estly didn’t think she’d ever come to town just because of the way pol­itics are today, but she made the effort so I think it’s worthy of recognition.”

“I appre­ciate her coming to our town very much,” he said.

“I’m happy to see Gov­ernor Whitmer chose to come to Hillsdale to see the Keefer Hotel and I’m proud the mayor was wel­coming to her,” senior Jacob Hooper said. “Her visit will bring pub­licity to Hillsdale and its local businesses.” 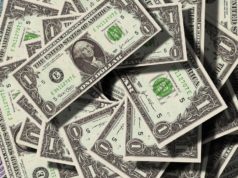 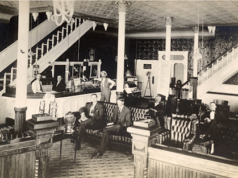 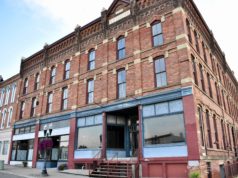