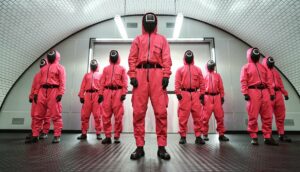 No show is more worth your time right now than Netflix’s new hit, “Squid Game.”

On Oct. 12, less than a month after its worldwide release, the South Korean drama became Netflix’s biggest series launch ever, reaching more than 111 million streams and topping Netflix charts in more than 80 countries.

The show’s first, and cur­rently only, season con­tains just nine episodes that sit at about an hour apiece, making the show perfect for binging.

Squid Game follows the divorced and deeply indebted Seong Gi-hun, played by actor Lee Jung-Jae. Gi-hun lives with his elderly mother is estranged from his ex-wife, and is rarely allowed to visit his daughter, who he learns is moving to America with his ex-wife unless he is able to come up with a large sum of money.

Gi-hun is approached by a well-dressed stranger on the subway, who offers him a chance to play games in exchange for money. In need of a financial miracle, he accepts and is knocked unconscious.

He wakes up in a dor­mitory with 455 other con­tes­tants, all of whom are sim­i­larly des­titute. Gi-hun and the other con­tes­tants soon learn that they are com­peting in a series of children’s games like red light, green light, and tug-of-war, where each player elim­i­nated adds more money to the potential prize pool.

The only catch: when players get elim­i­nated, they die.

“Squid Game” takes viewers on a fast-paced ride through the violent and thrilling concept of com­pe­tition and death. The bright, pastel colors that dec­orate the players and sets dis­tinctly stand out alongside such gritty, brutal bloodshed. The show beau­ti­fully reflects this dis­tinction by setting fights to the death and the harsh real­ities of the real world against the back­ground of children’s games and cash prizes.

Irony and allu­sions are used beau­ti­fully throughout the series as various players’ death, the show’s final twist, and even the children’s games them­selves, are hinted at along the way for the more astute viewers to pick up on.

The inherent mystery sur­rounding each upcoming game, the iden­tities and motives of the game’s workers, and, of course, who will survive, will keep you on the edge of your seat, wanting more. But the show’s largest question, under­lying the games from their start, is why? Why set up such elab­orate, intricate games?

The answer, revealed in the season’s final episodes, is a haunting one: It was set up by the uber-wealthy, who watch and bet on the games because they had become bored with their lives.

This fits per­fectly into one of the show’s central themes: a less-than-veiled cri­tique of cap­i­talism. “Squid Game” follows the trend in recent years of not so glowing com­men­taries on cap­i­talism in foriegn films such as “Par­asite” and “The Platform.”

Hwang Dong-hyuk, the writer and director of “Squid Game,” said that he based the show on his own expe­ri­ences and struggles with cap­i­talism and eco­nomic class dif­fer­ences in South Korea.

The show sends a clear message: life under cap­i­talism just isn’t fair, perhaps even pointless. The players are so down-trodden by the cap­i­talist system in South Korea, and made so des­perate, that they would rather risk their lives playing children’s games than con­tinue their lives out in the real world.

Once in the game, the theme con­tinues, as each player’s life is worth a set amount of money, and killing other con­tes­tants to get ahead is a more than viable option; a bru­tally honest com­parison with the com­pe­tition created by capitalism.

As if the horse wasn’t dead already, the truth behind the games beats it one more time. When one of the con­tes­tants, a former doctor, and a group of workers are dis­covered cheating, they are killed and their bodies strung up as a sign to the other players. Along with the visual sign comes a haunting message over the loudspeaker:

“Each and every one of you is con­sidered an equal within the walls of this facility, you must be guar­anteed the same oppor­tu­nities without being dis­ad­van­taged or facing any kind of discrimination.”

This, however, proves to be a lie, just as a similar promise inher­ently implied by cap­i­talism also fails in practice, the show argues.

Whether it’s workers turning off the lights in order to prevent the players from ‘taking the fun out of the game’, or stopping Gi-hun from fighting the final con­testant so that one last game can be played, the only real rules of the games are those that the wealthy audi­ences desire.

As ‘beat you over the head’ as the show’s message becomes, it is still well worth the watch. The sad truths of cap­i­talism, though overblown, are worthy of thought. Not only that, but the thrilling action, tear-jerking betrayals, and brutal sac­ri­fices are cap­ti­vating, and as the mystery unfolds, you can’t help but get sucked in. 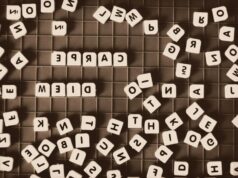 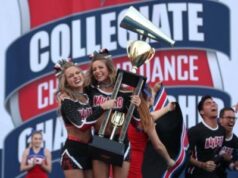 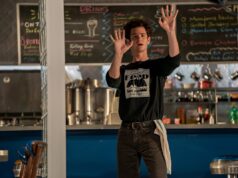