The very first horror movie I saw was “The Con­juring.” It was a stormy night in October and my dad sug­gested watching some­thing other than the typical “The Incred­ibles” or “Glad­iator.” Lucky for us, my mom was out of town. Unlucky for us, she later found out what we watched.

Based on her reaction, one would have thought my soul had suc­cumbed to any­thing and every­thing dia­bolic. Many, like my won­derful mother, believe that horror movies are morally prob­lematic because they glorify evil; others believe they are just enter­tainment. Both of these posi­tions are incomplete.

In his “Letter to Artists,” Pope St. John Paul the Great wrote: “Even when they explore the darkest depths of the soul or the most unset­tling aspects of evil, artists give voice in a way to the uni­versal desire for redemption.” Evil can be explored in a way that does not glorify its depravity, but in a way that reveals its gravity and encourages the soul to desire redemption.

Some horror movies high­light the need for God in order to combat evil. Movies such as “The Con­juring,” “The Exorcist,” and “Annabelle” explicitly call for the grace of God to defeat evil. The movies are flooded with holy water, prayers in Latin, and Catholic priests. In these movies, evil is made man­ifest and the remedy of God’s grace saves the day.

In other horror movies, evil has the final say — but the lack of divine victory does not mean the movies have no moral value. Jesus himself offers his fol­lowers parables, such as the parable of the rich fool, where evil is chosen and goodness is rejected. Horror movies convey similar lessons.

“Hered­itary” is one of the most dif­ficult horror movies to watch because its char­acters never turn to God. The char­acters are direc­tionless without him and resort to psy­chics and demonic lit­er­ature and para­pher­nalia. The movie is wrought with evil and devoid of grace. Yet, there is never a moment in the film where you do not hate evil and desire nothing else but to avoid it and cling to God.

Not all horror movies are worth watching. Some are morally depraved and some are just poorly made. Many horror movies glorify evil and encourage immoral activity. Movies that encourage immoral activity should be avoided entirely. Trust yourself to know what level of horror your soul can handle — it is pos­sible to be too inter­ested in the dia­bolic and watching some horror movies might increase your unhealthy curiosity. However, many horror movies expose sin for what it truly is and encourage deeper con­version and virtue. No other genre has encouraged me to pray the rosary more devoutly and, for that, I might just spend my Hal­loween watching a horror film. 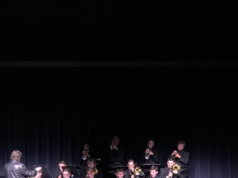 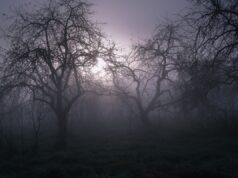 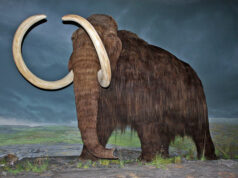