The City of Hillsdale will start its first round of curbside leaf col­lection for all res­i­dents on Monday, Oct. 25, according to a press release.

The city will collect leaves from each ward on dif­ferent dates. Ward 1 is first in the cycle, fol­lowed by Ward 4, Ward 3, and Ward 2. A more detailed schedule of col­lection in each ward can be found on City of Hillsdale’s website.

In the past few fall seasons, the city required res­i­dents to bag their yard waste for the city to pick up. This was more cost effective for the city but more labor-intensive for res­i­dents, according to Jake Hammel, director of public ser­vices. This year, the city will return to curbside loose leaf pickup after pur­chasing new col­lection equipment.

“A millage was passed to allow the res­i­dents to go back to the loose leaf curbside col­lection method, but with labor the way it is and the cost of bringing on even tem­po­raries just far exceeds what I could afford,” Hammel said. “We researched new equipment, to get the labor down to what we believe will be about four of my employees.”

The new equipment will make leaf col­lection more effi­cient, Hammel said. Addi­tionally, the city will be able to use the equipment for other pur­poses, unlike other equipment the city con­sidered pur­chasing, which could only be used for leaf col­lection and put in storage the rest of the year.

While Hammel hopes this leaf col­lection method will be faster and more effi­cient than pre­vious methods, he stressed the impor­tance of com­plying with certain require­ments. Hammel said res­i­dents must be sure not to park on the street outside their res­i­dence on the days their ward is scheduled for leaf collection.

“If there are cars parked on the street, it’s going to make it extremely tight for us to get through there,” Hammel said.

If the col­lection staff are not able to drive their vehicles through the street, Hammel said, the city will not pick up their leaves at all. Addi­tionally, the city will not be able to collect leaves that are not clean, according to Hammel.

“The leaves have to be very clean, and by clean I mean they cannot have trash in them,” Hammel said. “They can’t have brush in them, they can’t have big sticks or whatever natural material. In the past we found bowling balls, grill utensils, tires.” 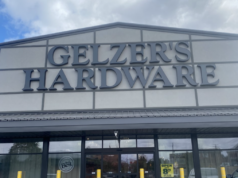 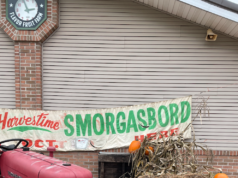