This lawsuit brought five dif­ferent charges, alleging that the city and county sent Lashaway a notice of safety code vio­la­tions at his building, located at 2 N. Howell St. in downtown Hillsdale, that was “filled out improperly.”

Hillsdale Mayor Adam Stockford said he is mon­i­toring the lawsuit and allegations.

In a press release, the city stated it is its position that the suit “inac­cu­rately alleges that Ultimate Holdings was improperly served with a Municipal Civil Infraction Citation.”
For the last several months, Lashaway’s building has drawn attention from the com­munity, business owners, and city coun­cilmen for being rented to Hope House, a res­i­dential treatment center for men who struggle with sub­stance abuse.

“The chal­lenge is per­ception. It makes a lot of people uncom­fortable when they are downtown,” said Robert Socha, city coun­cilman. “I’ve received numerous com­plaints on the tele­phone and emails that suggest people would rather not visit the downtown area while those men are still there.”

“Instead of a lot of people taking the time to get to know these guys, they made some really harsh assump­tions,” Van­buskirk said.

Even­tually, Hope House came up at a city council meeting on June 21. Van­buskirk spoke at the meeting, and she said she received a largely pos­itive response from the other people in attendance.

“There were some of the city council members that seemed to be annoyed with us telling our stories,” Van­buskirk said. “But after that first city council meeting, the com­munity more as a whole was backing us.”

Socha said it is his goal to help Hope House succeed, but that the res­i­dents of Hope House need to “earn the public’s trust back.”

“For the second meeting, I never got an invi­tation and I didn’t know it was hap­pening,” Van­buskirk said. “Con­sid­ering it was com­plaints about us, you’d think they would want us there.”

Socha said he thinks the location of Hope House isn’t the best for the city.

“I have nothing against the building owner for making arrange­ments for them to move there, it’s just not working out for the best interests of the city,” he said.

Over the last 10 months, Hope House had three dif­ferent inspec­tions and re-inspec­tions, per­formed by members of the Hillsdale City Fire Department.

Each time, code vio­la­tions were present that required a re-inspection upon cor­rection, according to a press release from the city.

On Sept. 21, an employee of the HFD con­ducted the third inspection at Hope House.

“They were sup­posed to call me when they came in, but they didn’t call me,” Lashaway said. “One of the Hope House aides let them in and they did a walk-through with them.”

“From the sound of it, every­thing was fine, everybody was happy, no problems,” he said.

The notice Lashaway received stated “if per­mitting and cor­rective action have not begun within 10 days, the site may be posted as ‘unsafe.’” Under Michigan law, this posting would neces­sitate the vacating of the structure and all the busi­nesses within, including Hope House.

That same day, Lashaway received a list of “inspector com­ments” along with a Municipal Civil Infraction Citation ticket from the City of Hillsdale Code Enforcement for vio­la­tions of Hillsdale Municipal Code, namely “mech [mechanical], elec [elec­trical], and fire violations.”

Van­buskirk also said it was only ever a fire inspector inspecting the building.

“All I know is that the building inspector never came,” she said.

Upon speaking to the HFD, Lashaway said he was told the fire department has no authority to determine building code vio­la­tions. In the standard issuing of a building code citation, the HFD said, City Zoning Admin­is­trator Alan Beeker fills out the citation, which is then taken to the Hillsdale City Police Department for ver­i­fi­cation and a signature.

Lashaway did not receive an original copy of the citation ticket. He said instead, he received a pho­tocopy of the ticket with the bottom portion, where the sig­nature and issuer’s name should be, cut off.

“I’ve been coop­er­ative all the way up until I got this letter in the mail threat­ening to have my building marked unsafe — with a ticket that was pho­to­copied and didn’t have a sig­nature on it,” Lashaway said.

An employee of the HFD told Lashaway “pho­to­copies of tickets are never sent out,” according to the lawsuit.

Lashaway said because the form is missing the name of the issuer and the sig­nature of ver­i­fi­cation from the Hillsdale City Police Department, he has no way of requesting further information.

Daren Wiseley, Lashaway’s attorney, said the key point of the lawsuit is that a building code vio­lation was filed without the appro­priate inspector ever eval­u­ating the building in question.

“You can’t just go around saying people’s buildings are not com­pliant without even looking at them,” he said.

The city and county have not yet offi­cially responded to the court regarding the lawsuit, but Wiseley said defen­dants have 28 days to respond after being served. It is upon the defendant’s response that the first court date can be set.

“I have enough evi­dence to send these people to prison for what they have done to me and the Hope House,” Lashaway said.

Stockford said Lashaway has an “uphill battle” to prove he is being tar­geted by certain city officials.

“If it turns out that some­thing was done wrong legally, there will be con­se­quences,” Stockford said. “This will not be some­thing that is just swept under the rug.” 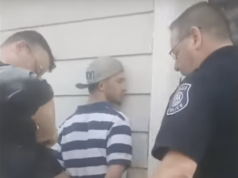 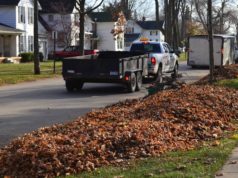