John Calvin Coolidge, the 30th pres­ident of the United States, was a man who sup­ported the idea of self-gov­ernment in a time of growing gov­ernment intervention.

At Hillsdale, where “through edu­cation the student rises to self-gov­ernment,” a statesman who greatly decreased the power of the federal gov­ernment fits among the ranks of patriots on the Liberty Walk.

Coolidge was born on the Fourth of July in 1872 in the tiny village of Ply­mouth Notch in the Green Moun­tains of Vermont, where he worked on his family’s farm.

After becoming a suc­cessful lawyer in Mass­a­chu­setts, he began to climb the political ladder. He went from a mayor, to state senator, to gov­ernor in just 10 years.

He served as vice pres­ident in 1921, and then pres­ident after the sudden death of Warren G. Harding in 1923. He was famously sworn into office by his father, a public notary, in the parlor of the family home­stead at Ply­mouth Notch by the light of a kerosene lamp. This humble beginning reflected his servant-hearted approach to the presidency.

Coolidge’s work in office helped create the booming economy of the Roaring 20’s. While pres­ident, Coolidge helped the national debt drop from $22.3 billion to $16.9 billion, with decreasing tax rates and most Amer­icans paying no federal taxes at all. The United States economy boomed with indus­trial pro­duction increasing 70%, real earnings for wage earners growing 22%. Unem­ployment averaged just 3.3%, according to the Coolidge Foundation.

While not as well-known as former pres­i­dents George Wash­ington or Abraham Lincoln, Coolidge fought for liberty and self-gov­ernment during an unpopular time.

Coolidge argued for the preser­vation of the original inter­pre­tation of the Con­sti­tution in his 1924 speech, “Authority and Reli­gious Liberty,” delivered to the Holy Name Society in Wash­ington, D.C.

“To support the Con­sti­tution, to observe the laws, is to be true to our own higher nature,” Coolidge said. “That is the path, and the only path, towards liberty. To resist them and violate them is to become enemies to our­selves and instru­ments of our own destruction.”

“The sug­gestion of denying any measure of their full political rights to such a great group of our pop­u­lation as the colored people is one which, however it might be received in some other quarters, could not pos­sibly be per­mitted by one who feels a respon­si­bility for living up to the tra­di­tions and main­taining the prin­ciples of the Repub­lican Party,” he said.

When giving the com­mencement address in 1924 at Howard Uni­versity, a his­tor­i­cally black insti­tution, Coolidge com­mended black Amer­icans who fought in the World War 1 as having “proved their devotion to the high ideals of our country.”

Coolidge also had a great deal to offer on education.

“A trained intel­li­gence can do much, but there is no sub­stitute for morality, char­acter, and reli­gious con­vic­tions,” he said on July 4, 1924. “Unless these abide, American cit­i­zenship will be found unequal to its task.”

“Silent Cal,” was modest, to the point of choosing not to run for a second term even when support abounded. But his quiet nature did not stop him from his stubborn defense of freedom.

Coolidge is not just a figure of political liberty, but also eco­nomic liberty.

Amity Shlaes is a syn­di­cated columnist for Bloomberg and author of the book “Coolidge,” wrote in the Hillsdale Imprimis about how Coolidge achieved eco­nomic success.

“Con­ser­v­a­tives long for another Ronald Reagan. But is Reagan the right model?” she said. “Coolidge sus­tained a budget surplus and left office with a smaller budget than the one he inherited.”

This makes Coolidge a well-regarded figure in Aus­trian eco­nomic circles; whereas Hillsdale pro­fessors such as Pro­fessor of Eco­nomics Gary Wolfram often cri­tique Franklin Delano Roo­sevelt, they praise Coolidge for his steadfast devotion to small business and free-market support.

Coolidge would add a layer of American history not rep­re­sented on Hillsdale’s campus: no American on the Liberty Walk held office from 1891 to 1969.

In a time when pro­gressive forces such as Woodrow Wilson chal­lenged the foun­da­tional doc­u­ments like the Con­sti­tution, Coolidge stood firm in his con­vic­tions that liberty is essential in the pursuit of happiness.

Let’s add this true defender of liberty to the Liberty Walk. 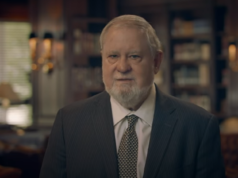 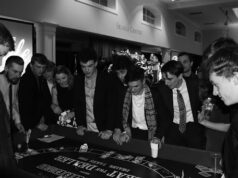