To the left, stu­dents danced to rock and roll, and to the right, someone screamed as they flew down a four story blow-up slide.

Last Monday, from 8:30 p.m. to mid­night, the Student Activ­ities Board wel­comed new and returning stu­dents to campus with its annual Welcome Party. This year, the theme “Welcome Aboard” set the stage for inviting all into the Hillsdale community.

Groups of friends posed at the photo booth, and duos com­peted over a line of cornhole games. Despite the fact that it was nearly impos­sible to hear anyone over the student bands, everyone con­versed with their best friends as if they had never left campus.

“It’s good to be back with every­thing feeling like Hillsdale,” senior Sarah Johnson said.

While some stu­dents were there to meet old friends and make new ones, others were there for the food and activities.

When asked how she would describe the student culture at Hillsdale, Johnson landed on the word: passionate.

“It’s probably a generic but true way to put it,” Johnson said. “I’ve come to appre­ciate the con­ver­sa­tions that you have about things that are huge things, but then you turn around and you can just be silly and goofy and have fun.”

To some extent, Welcome Party was a con­cen­trated expression of the culture at Hillsdale. It encap­su­lated the cama­raderie and good-will, and pro­vided a per­spective that no other event during the year could.

Freshman Madison Asher formed a similar impression of the culture at Hillsdale.

“It seems like a ‘work hard, play hard’ envi­ronment,” Asher said. “Everyone has been excep­tionally wel­coming and helpful, espe­cially my RA’s. It’s nice to have someone with a little more expe­rience nav­i­gating campus life whose door is always open.”

The open and friendly atmos­phere at Welcome Party this year was starkly dif­ferent from the pre­vious year, when the event was heavily impacted by COVID-19 guidelines.

“It finally feels like things are getting back to normal,” Johnson said. “Coming over here, I didn’t even think about COVID, and maybe that’s a bad thing, but all I thought was, ‘It’s so great to be back and to see everyone again.’”

While upper­classmen reunited with friends they haven’t seen for several months, many freshmen found the prospect of attending a party where they don’t know anyone a daunting experience.

“There were a lot of people, and a lot of people I did not know,” Johnson said with a laugh, rem­i­niscing on her first Welcome Party four years ago. “This was a good spring­board to meet people.”

Welcome Party was also the first time many freshmen mingled with stu­dents from all dif­ferent classes.

“You kind of get thrown out of your comfort zone into this big party,” Johnson said. “I remember when I was a freshman, this was the first time I really remember being with all the other classes.”

Asher said the event was a fun and casual way for her to meet new people on campus.

“I didn’t have many spe­cific expec­ta­tions before I arrived, but it ended up being a fun, casual way to hang out with new people on campus,” Asher said.

Freshmen enjoyed relaxing, dancing to music, and taking photos with the themed props at the photobooth.

“I love going to con­certs, so it was really cool to hear student bands,” Asher said. “There were some great covers, plus dancing is a good way to de-stress.”

Reflecting on her past years at Hillsdale, and watching freshmen mingle with upper­classmen and make friends, Johnson had some advice for the class of 2025.

“Put yourself out there and try just one new thing,” she said. “After you’ve tried a couple of dif­ferent things, find things that you’re pas­sionate about, and really plug into that.”

Welcome Party was an ener­getic and pas­sionate oppor­tunity: the perfect intro­duction to the college expe­rience — it forced us all to try some­thing new. 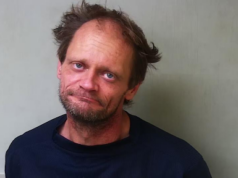 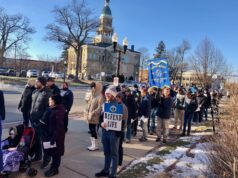 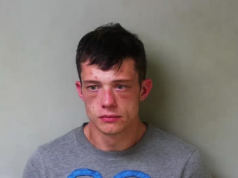