In the age of a free internet and press, where should we go to find the unfil­tered truth? Not Facebook.

Since March of 2020, Instagram has rolled out a new update, a pop-up feature for the coro­n­avirus. These pop-ups bring users to the COVID-19 Infor­mation Center which includes facts and figures from the Centers for Disease Control and Pre­vention and the World Health Organization.

Some of the facts in the COVID-19 Infor­mation Center include:

“Vac­cines are thor­oughly tested for safety before they’re approved.”

“Vaccine side effects are usually mild.”

While these state­ments may be true, they show that Big Tech com­panies and fact checkers have striven to become the authority on all things healthy and wise.

Instagram, now owned by Facebook, has joined the rest of the tech world in increasing the fre­quency with which the company itself projects infor­mation at the users, instead of serving as a platform for users to com­mu­nicate with each other.

Facebook began as a social media platform where family members could stay in touch and friends could plan events together. Since its founding in 2004, however, Facebook has grown in influence and main­tained a pow­erful position as a major source for news with over 2.6 billion monthly users.

So, who gets to decide what’s fact and what’s fiction, and how unbiased are these decision makers?

Mark Zuckerberg and other tech giants in Silicon Valley have come under fire in recent years for what many people view as con­ser­v­ative cen­sorship. In a con­gres­sional hearing in 2018, Sen. Ted Cruz (R‑TX) chal­lenged Zuckerberg on Facebook’s bias toward con­ser­vatism and ques­tioned the neu­trality of people who were sti­fling it.

“No Senator, we do not gen­erally ask people about their political ori­en­tation when they’re joining the company,” Zuckerberg responded.

But if Zuckerberg is unwilling to ask his employees about their political views, he need only Google where their alle­giance lies to find the answer.

Fact checkers have not just attacked con­ser­vatism, they’ve cap­i­talized on the pan­demic and the public’s lack of infor­mation, taking charge of what is deemed credible infor­mation. A recent article in the Wall Street Journal by Dr. Martin Makary, titled “We’ll Have Herd Immunity by April,” sug­gests that COVID-19 is under control and a brighter future is ahead.

What are Makary’s qual­i­fi­ca­tions? He is a surgeon and a pro­fessor at the Johns Hopkins School of Med­icine and Bloomberg School of Public Health, and just slightly more expe­ri­enced than your average Facebook fact checker.

“Some medical experts pri­vately agreed with my pre­diction that there may be very little COVID-19 by April but sug­gested that I not to talk pub­licly about herd immunity because people might become com­placent and fail to take pre­cau­tions or might decline the vaccine,” his article reads. “But sci­en­tists shouldn’t try to manip­ulate the public by hiding the truth. As we encourage everyone to get a vaccine, we also need to reopen schools and society to limit the damage of clo­sures and pro­longed isolation.”

So, what did Facebook fact checkers, in all their medical wisdom, have to say about the article? The Daily Mail reported that Facebook added a “missing context” label to Makary’s piece when it was posted on Facebook by the journal. The label on Makary’s story reads, “Inde­pendent fact-checkers say this infor­mation could mislead people.”

Moreover, the Wall Street Journal edi­torial board wrote that Facebook reportedly said, “Once we have a rating from a fact-checking partner, we take action by ensuring that fewer people see that misinformation.”

Amer­icans over 50 years old, the most at-risk group for COVID-19, make up only 36.5% of the pop­u­lation. As of April 13, 2021, 22.7% of the United States had been vac­ci­nated. While these sta­tistics don’t exactly con­stitute herd immunity, the country is well on its way to con­taining the virus. Mil­lions of vac­cines are being admin­is­tered every day, and we’re only halfway through the month. Dr. Makary may not have been entirely correct in his pre­diction, but neither has anyone since the pan­demic began over a year ago — not even the CDC or the WHO. Facebook fact checkers took an active role in shielding Makary’s thoughts from public view. Mackary’s article was deemed so mis­leading that they chose to stifle it. Trusting science is important to them, until the sci­en­tific con­ver­sa­tions don’t match Big Tech’s agenda. 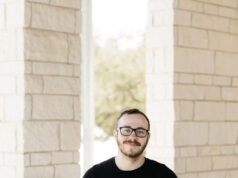 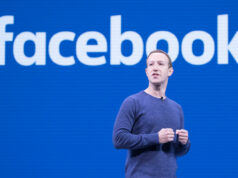 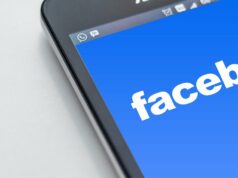