Last weekend, all radio files from the fall semester of 2020 had been mys­te­ri­ously deleted, but with the quick action of radio general manager Scot Bertram, they have now been retrieved.

When sophomore Josh Barker checked his email on Jan. 24,  he found an email from Bertram, informing all radio stu­dents that their hard work from the past semester had vanished.

“Scot looked into it and realized it had dis­ap­peared,” Barker said, referring to the shared Box file where radio stu­dents store their work. “I was totally shocked.”

The file con­tained an entire semester’s worth of radio pro­grams, including pod­casts, play-by-plays, and various other audio files.

“I got a text from one of the stu­dents, on Sunday afternoon, who was trying to access one of the folders in the folder and was curious as to whether or not we had taken away his access,” Bertram said. “Pretty quickly we realized that there was a larger problem at hand.”

As it turned out, a former radio student was cleaning out his per­sonal Box folder when he acci­den­tally deleted the Box file that held every radio program from the semester.

Though unex­pected, the sit­u­ation was quickly resolved. Bertram was able to contact the college IT Ser­vices department, who con­tacted Box, and all the deleted files were able to be retrieved. Thank­fully, the incident was not a pressing concern for either Barker or Bertram, as the deletion didn’t interfere with any on-air broad­casting, and the files involved were old pro­grams and not needed immediately.

The incident took less than 24 hours to dis­cover, process, and fix, and Bertram praised both ITS and Box for their quick and effi­cient ser­vices. In addition, Bertram said the station would be insti­tuting new rules for its students.

“The access level that we allowed stu­dents, clearly, allowed for deletion, and there was one step below that that did not allow for deletion,” Bertram said. “So, when we re-invited the stu­dents to access that folder, we did take them down one level.”

“Twenty minutes later I had sent out an email to everybody with some new pro­ce­dures of how I wanted them to send things directly,” Barker said.

Senior Martin Petersen, assistant senior pro­ducer, said he was con­fused when he couldn’t access his file on Box. Though ini­tially worried, Petersen praised Bertram for his quick action regarding the retrieval.

“In four-and-a-half years of being part of the radio station, this was really the first time files were a threat to being lost,” Petersen said. “But Scot does a great job of keeping us orga­nized and figured out quickly how to get the files back.” 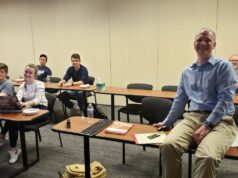 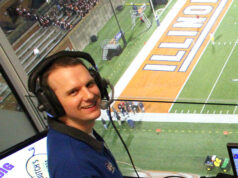 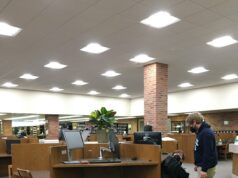