“I actually had the idea when I was watching TV. I can’t remember the show, but they were having a neigh­borhood meeting,” Stockford said. “An officer was standing in front of the crowd in the church or com­munity center and he was taking ques­tions from people in the neighborhood.”

Though still in the works, his vision includes a regular time and place for the Hillsdale County cit­izens to meet their police force and voice ques­tions and concerns.

“The police department is the biggest part of our budget and they are a great force,” Stockford said. “But it is a point of pride to have a city where officers and res­i­dents know each other by name or face.”

Stockford hopes to hold an inau­gural meeting by late spring or early summer of this year. West Street Church of Christ and Sozo Church both saw his Facebook post and reached out to offer their buildings for meetings.

Brent Steel, min­ister at West Street Church of Christ, said that he saw Mayor Stockford’s post, thought it was a great idea, and imme­di­ately offered his church building for the meetings. The church holds up to 100 people.

“Right now, I don’t think we have nearly the con­tro­versy the bigger police depart­ments have,” Steel said, “but any time that the police are willing to come out and make inroads into the pop­u­lation, it takes away a little, ‘Oh, crud, the cops are here.’ It can replace it with, ‘Oh good, the police are here. There will be some resolution.”

When he was a council member, Stockford himself offered regular “Coffee with Council” meetings. Often four of five people would arrive with ques­tions. Current coun­cilmen, however,  no longer offer this service.

“We don’t do them with the police either. The only inter­action people have with police is if they have a com­plaint or they have been through some­thing trau­matic,” Stockford said. “It’s not a typical Q&A session. It’s someone who has done some­thing criminal or is paying a ticket. This seems like a good oppor­tunity to give your average citizen an oppor­tunity to con­verse with police.”

Both Stockford and the police get a lot of minor com­plaints about speeding on spe­cific streets, noise, and an increase in the homeless pop­u­lation. According to Stockford, it is redundant to have mul­tiple people contact the police about each of these small inci­dents. A neigh­borhood meeting would provide a regular arena to field ques­tions and alle­viate these small con­cerns without taking undue amounts of the police department’s time.

Stockford also pointed out that the police department has peti­tioned for another full-time officer, a request that the council pre­emp­tively pri­or­i­tized fulfilling.

“It seems like if they get their officer, this is some­thing they can give back to the com­munity,” Stockford said.

Violent crime has also increased in Hillsdale County, according to Stockford.

“People are con­cerned so giving them access to the police couldn’t hurt things,” Stockford said. 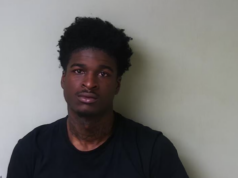 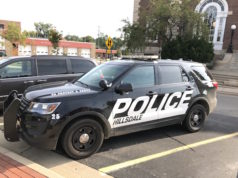