The Graceland girls, all six of them, lounge in their living room on a Wednesday night. All is calm until one yells “Soundoff!” Cries of “one, two, three, four, five, six” echo through the house. From the other room comes the cry “seven!”

“Seven” comes from junior Jane O’Connor, who is studying across the hall. O’Connor does not live off-campus at the Manning Street house called “Graceland,” but she might as well. She befriended the Graceland girls last semester in a most unusual way: doc­u­menting their lives on film for about four months.

It all started in Sep­tember, when O’Connor enrolled in the rhetoric department’s Doc­u­mentary and Non­fiction Film course. For her final class project, O’Connor could either write a long paper or make a doc­u­mentary film. She chose the latter.

“I’ve always been into film­making in secret. I was pretty ter­rified to do any­thing cre­ative or expressive. This class was an oppor­tunity to make film­making a part of school,” O’Connor said.

But, the film, entitled “Graceland,” wasn’t always about Graceland. O’Connor had planned to make a film about a local musician in her home state of Maryland. It was one joke that changed her mind.

“I was sitting on the porch with Maggie and Becca. Maggie jok­ingly said, ‘You should make a doc­u­mentary about us,’” O’Connor said.

Though O’Connor went back home to start filming for her original plan, she couldn’t stop thinking about the potential of a Graceland documentary.

“The whole time all I could think about was the potential for this doc­u­mentary about an off-campus house and people I’m friends with,” she said.

What began in jest soon turned into reality and O’Connor began filming mid-September.

“What even­tually pushed me over the edge was even if the film is ter­rible, worst case sce­nario, they have family footage of their last semester,” O’Connor said.

She began with trying a cinema verite style film, where the film­maker does not interact with her subject. Her goal was to create an overall story arc about the house with each of the other girls having their own mini sto­ry­lines. O’Connor soon realized that this style she was striving for was too dif­ficult to execute.

“Tech­nical issues started to impede. I was making a lot of mis­takes. And, I didn’t plan well enough for cinema verite,” she said.

It also took her sub­jects some time to get used to filming. For the first few weeks, the res­i­dents of Graceland were painfully aware of the camera. Senior Phoebe Fink said there were a few times in the beginning that were a little uncomfortable.

“Jane was filming me putting away dishes. I felt like such an idiot walking back and forth between the sink and the cabinet,” Fink said. “It felt so uncom­fortable at first, but we got used to it.”

O’Connor filmed con­stantly over the next few months, learning from her mis­takes as she went. As she filmed, she saw the oppor­tunity for a meta film about her short­comings with the film­making process. O’Connor said she was inspired by the doc­u­mentary “Sherman’s March,” in which the film­maker travels around the south ran­domly filming people’s lives.

“I was really inspired by that. He cap­tured ordinary people who aren’t famous or any­thing, and I made it my goal with the Graceland documentary.”

O’Connor said that she soon realized there wasn’t much of a cohesive story, so she decided to make the doc­u­mentary about what she learned throughout the filming process. But, the film also explores how O’Connor befriended her sub­jects, the girls of Graceland.

“I did form a real rela­tionship with them. Hanging out at the house was probably the high­light of my semester,” O’Connor said. “By making a doc­u­mentary about my mis­takes, I acci­den­tally stumbled into my original goal.”

The Graceland girls have all watched the doc­u­mentary — they even hosted a “red carpet pre­miere” in early Feb­ruary where they invited friends for a special viewing. And they say it’s an accurate depiction of their lives.

Senior Teresa McNeely said that she enjoyed getting to know O’Connor over the course of filming.

“It’s great to have this footage,” McNeely said. “But the best thing that came out of it is how Jane became the 7th member of Graceland. She’s such an important part of our lives.” 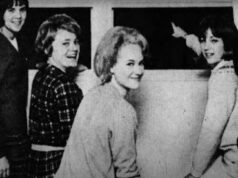 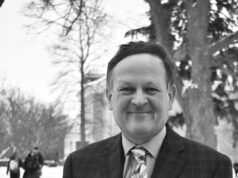