After last semester’s coro­n­avirus-induced can­ce­la­tions, Hillsdale College’s art, music, and theatre depart­ments are set for a busy semester of performances.

Some per­for­mances, such as the theatre department’s pro­duction of the play “J.B.”, were post­poned until this semester. The theatre department is therefore preparing for a busier than usual season, as it will stage “J.B.” beginning Jan. 20, in addition to the usual slate of shows.

“We’re just excited to be back and we’re excited to be doing per­for­mances again when so many places in the country are doing them at all, and we feel like we’ve had a good plan going forward,” said James Brandon, chairman of the theatre department.

According to Brandon, the department will still account for social dis­tancing, at least for the beginning of the semester. These pre­cau­tions may limit the live audience to 100 and require spacing throughout the theater. Overall, Brandon is hopeful that all the pro­duc­tions will be able to happen with minimal coro­n­avirus restrictions.

“I’m opti­mistic but I’m not naive,” Brandon said. “We’re hoping that by the time we get to the musical at the end of Feb­ruary, that we can have a healthy live audience, and that we can start moving back to doing what we’ve done since the fourth century B.C. and have audi­ences watching our work live.”

The music department will be much busier than usual with all regular pro­gramming plus the choir and orchestra joint per­for­mance of Handel’s “Messiah,” the Big Band/Little Big Band Concert, and senior recitals all rolling over from last semester.

“We’re starting out cau­tious, but I’m hopeful that by spring break we’ll be able to start lifting some of the COVID pre­cau­tions,” said James Holleman, head of the music department and director of the choirs and orchestra. “This time is about the seniors, and we want to finish as nor­mally as pos­sible for their sakes.”

Holleman said that the 14 day quar­antine period last semester was the one of the most dif­ficult factors in getting stu­dents ready for per­for­mances, and he is hopeful that the shorter seven to 10 day iso­lation period this semester will be easier to work with.

“The process is more important than the product,” Holleman said. “It’s better to prepare and not get to perform than not prepare or perform, because then at least we’re doing something.”

Dance pro­fessor Holly Hobbes, who directs the Tower Dancers, is com­bining some of the dances the team pre­pared for their can­celed December show into their April showcase.

“We had to cancel our December concert, and we have dances that were made for that concert that we will incor­porate into the April per­for­mance, but we’ll also be making new dances,” Hobbes said.

The Tower Dancers are holding audi­tions on Jan. 30 for those inter­ested in per­forming in the April production.

“We’re really com­mitted to per­forming in some capacity, whether it just be videoed or whatnot because we were unable to perform now twice,” Hobbes said. “We’ve missed out on two con­certs. So I think the dancers and I are pretty com­mitted to making sure we get to the stage in some way in April.” 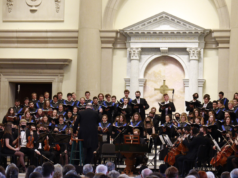 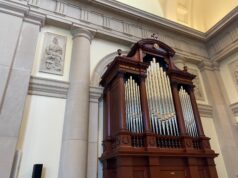 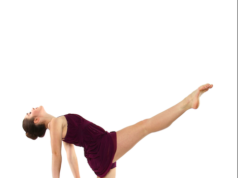 ‘Beauty in motion:’ Tower Dancers to perform this weekend