Last Sat­urday, the Hillsdale College women’s swimming team traveled to Bethel Uni­versity in Elkhart, Indiana to compete in their second in-person meet of the semester. The Chargers beat their three com­petitors with scores of 146 – 114 over Indian Wes­leyan Uni­versity, 176 – 79 over Bethel Uni­versity, and 187 – 64 over Anderson University.

In their first in-person away meet of the season, the Chargers per­formed excep­tionally well.

“All three teams were really good,” freshman Sarah Patan­iczek said. “We had a lot of good swims, the energy was really high, and it was just really fun to compete again.”

“Not everybody had best times, but we all had a lot of fun,” said freshman swimmer Eliz­abeth Stacey. “It was nice to get on the bus and feel out what a real meet was.”

The Chargers placed in every event this weekend. Freshman Phoebe Johnston, who placed fourth in the 200 but­terfly (2:24.91), said the team’s success this weekend can be largely attributed to their more intense training schedule over the past few weeks.

“We’ve been doing a lot of yardage recently, so really working on endurance,” Johnston said. “Building endurance back up is the worst part but also one of the most important parts. We can feel our­selves getting stronger.”

Although the team has a couple of months before they advance into G‑MAC, Johnston said she’s pre­dicting high scores.

“If we keep training the way we are, once we start tapering I think we’ll be in really good shape,” Johnston  said. “Some of the girls have been scoping out the other teams and we’re def­i­nitely in a good spot. I think the biggest concern is just if we get quar­an­tined again, or some­thing like that. That’ll take us out for a week or two.”

Patan­iczek echoed Johnston’s con­cerns, but said the team has a pos­itive mindset and is excited for what’s in store.

The Chargers will travel to Olivet College on Sat­urday, Jan. 30, for a dual meet against the Comets at 1 p.m. 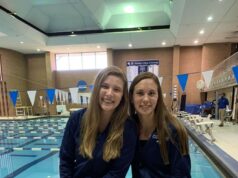 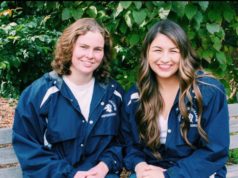 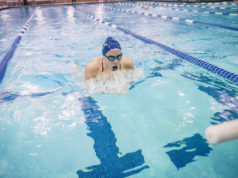