If there’s one thing Hillsdale alumni now working at Real­Clear­Pol­itics have taken with them, it’s the virtue of properly under­standing someone else’s argument, according to Hillsdale City Coun­cilmember Bill Zeiser, a 2016 graduate of the Van Andel Graduate School of Statesmanship.

Now an editor of Real­Clear­Policy, Zeiser was a sophomore at Fordham Uni­versity in New York when a faculty advisor told him he’d be branded as “an ultra-right wing radical” if he interned at National Review.

“That was 2001. If that’s radical right, what even is cen­trist?” Zeiser laughed.

But his advisor’s words pushed Zeiser to take an internship with New York Sen. Chuck Schumer instead of the jour­nalism internship, which he credits with helping him under­stand argu­ments from all across the political spectrum.

“While no one would ever accuse me of being a Democrat, I learned from that expe­rience in Schumer’s office,” Zeiser said. “I may have had a more direct path from doing National Review at that point, but I wouldn’t have gotten that experience.”

For Zeiser, this means pointing people to the best argu­ments from left, right, and center.

“In order to be good at that, I think it’s helpful to have a truly liberal edu­cation. You’re forced to take ideas that you might not agree with seri­ously,” Zeiser said. “This is an idea that is worth con­tending with. That’s pretty much what we do at Hillsdale.”

Both Zeiser and Sabo credit Hillsdale’s master’s program in political phi­losophy with honing their writing and thinking abil­ities. For his political science degree at Fordham, Zeiser said he studied tech­nical details, like hege­monic sta­bility theory, rather than the deeper philo­sophic ideas that underpin them.

“We were dis­cussing hege­monic theory, a Cold War theory, in the early 2000s. So it was already out of date, even then. I realized I needed to learn more about the founding doc­u­ments and the under­pinning philoso­phies that lay behind my own beliefs,” Zeiser said.

For Sabo, though he grew up with a dad that read Imprimis reg­u­larly and knew about Hillsdale “for forever,” he only learned about Hills­dale’s grad program while working as a leg­islative aide in the Ohio House of Representatives.

After grad­u­ating from the master’s program in 2015, Sabo worked as a fellow in the B. Kenneth Simon Center for American Studies at the Her­itage Foun­dation. While there, he began writing articles for The Daily Signal, Heritage’s in-house news pub­li­cation. By March 2019, he was picking up part-time work for Real­Clear, and in August 2019 joined Real­ClearPub­li­cAf­fairs full time, editing the American Civics portal, which aggre­gates civics resources for stu­dents, teachers, and anyone inter­ested in learning more about America.

“In every Hillsdale class we wrote at least one large paper, of course,” Sabo said. “Well, when I’m com­piling all these sub-pages, I’ve got quotes from the American founders, from all throughout American civics to pull from. Just the ability to know, ‘Oh, Lincoln said this in a speech at this point, that would be perfect for this page,’ — that’s so useful.”

Sabo said he still even refers to his class notes from time to time, to recall how Kevin Portteus, asso­ciate pro­fessor of pol­itics, or Ronald Pestritto, dean of the Van Andel Graduate School of States­manship, responded to a certain topic.

“It’s the idea that cit­izens are made, not born. We have to form our­selves. And knowing the problems with civic edu­cation — we’re seeing it a lot this year, with the riots, the 1619 Project, the statues being torn down — I think there’s a huge need for civic edu­cation,” Sabo said. “To put the common ground and the unity we used to share as a country and say, how can we return to that? How can we make cit­izens? Thinking in that manner is basi­cally behind every­thing I do at RealClear.”

“Cannon’s law basi­cally means if you write some­thing about someone, your words might be upsetting to them, but they should be able to see them­selves” — rather than the writer’s political bent — “in what you have written,” Zeiser said.

This is espe­cially important for editors like Kuhlmann, who runs the Real­Clear­Pol­itics’ fact check review program, which examines fact check articles on sites such as Snopes, FactCheck.org, The Wash­ington Post, and Facebook, to display their method­ology. Kuhlmann also edits RealClearReligion.

“I think one of the things that was a really inter­esting take away from Hillsdale for me is that the liberal arts are not sep­arate boxes,” Kuhlmann said. “They really bleed into each other and that’s where the inter­esting dis­cus­sions happen. Espe­cially in this job dealing with ques­tions of religion — that overlaps with phi­losophy, and pol­itics, of course, and so many other things.”

While Zeiser said he imme­di­ately began looking for Hillsdale stu­dents to bring on board since joining the company offi­cially in December 2018, he had “nothing to do with Wegmann.”

“He’s just a tes­tament to how good Hillsdale is. Phil Wegmann is out there kicking butt in the world as our White House cor­re­spondent,” Zeiser said.

Wegmann, who majored in history and pol­itics while at Hillsdale, said he wished he’d gotten involved in jour­nalism sooner.

“In a lot of ways, jour­nalism is the def­i­n­ition of the liberal arts,” Wegmann said. “You get the oppor­tunity every day to admit there are things you don’t know, figure out what the question is, and find answers. It is truly a pleasure.”

Wegmann, who has worked as White House cor­re­spondent at Real­Clear­Pol­itics for about a year and a half, fre­quents the White House press pool, and even inter­viewed Pres­ident Donald Trump in the Oval Office. He spent the first half of 2020 on the Demo­c­ratic pres­i­dential cam­paign trail in Iowa until coro­n­avirus restric­tions sent him back to Wash­ington, D.C.

“A lot of things just require you to be in the right place at the right time, to have your antenna up,” Wegmann said. “A lot of things we learn at Hilldale are the deeper, eso­teric things. You have to dig down deep to under­stand those things fully, and that applies to my job today.”

The biggest thing he’s kept since grad­u­ating, however, was the value of work ethic, Wegmann said.

“Hillsdale just teaches you how to work hard. If you can write a 20-page term paper in two days, you sure as hell can write a 1,200-word piece in six hours. Do I remember a lot about German uni­fi­cation? Not really. I love Doc Conner, but to be honest I don’t remember a lot about that episode in nine­teenth century Europe. But what I do know is how to under­stand things a little more quickly, and I think that’s a product of Hillsdale.” 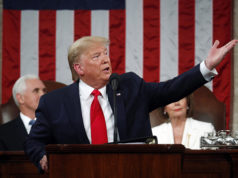 The Weekly: Election integrity is essential 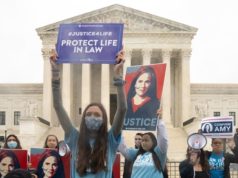