The Hillsdale College Chargers began a string of seven con­sec­utive road games with a two-game split against non-con­ference oppo­nents. On Thursday, the Chargers fell to the Ferris State Uni­versity Bulldogs 85 – 59 after falling behind 19 – 0 in the first quarter, and on Sat­urday, Hillsdale defeated the Lake Superior State Uni­versity Lakers, 80 – 51, thanks in part to a 10 – 0 run to begin the game.

Hillsdale is now 2 – 2 on the season after splitting their first two home games before the current road trip. The Chargers won’t play at home again until Dec. 14, by which time they will have already begun con­ference play.

In Thursday’s loss against Ferris State, the Chargers went nearly six minutes without scoring until senior guard Sydney Anderson sunk a pair of free throws. By then, the Bulldogs were ahead 19 – 2, and the Chargers never led.

“It was the perfect storm. We felt ready, we had a good week of practice. But we didn’t have every­thing ready,” head coach Matt Fritsche said. “It took us a while to settle in and play. It was the first time we’d seen that pace. They’re good, but we had way more in us than that.”

At the end of the first quarter, the Bulldogs led 32 – 7. Ferris State outscored Hillsdale in the final quarters com­bined, but by only one point, 53 – 52.

The Chargers shot just 34.4% from the floor in the loss, and were out­re­bounded by the Bulldogs 50 – 35. Hillsdale also turned the ball over 19 times and forced just nine turnovers.

Sophomore guard Grace Touchette led the Chargers with 13 points, and Anderson fol­lowed with 10. Freshman forward Courtney Krol came off the bench in her season debut after missing the team’s first two games due to injury, and was busy, scoring seven points with five rebounds and four assists in 21 minutes.

“It was nice to see her out there. She only had one real practice before we went, so we didn’t expect her to be super sharp,” Fritsche said. “She was a bit rusty, but she played with good effort and solid poise.”

The Chargers got off to a much better start in the Upper Peninsula on Sat­urday against Lake Superior State. They held the Lakers scoreless in the first three and a half minutes of the game, and built up a lead they didn’t relin­quish.

“Every­thing that went wrong on Thursday went right on Sat­urday,” Fritsche said. “Scout defense was perfect. We moved the ball effi­ciently. The ball movement was at a dif­ferent level.”

Hillsdale shot 51.7% from the floor in the win, and sunk 14 of 33 three-point attempts, a 42.4% rate. Anderson and sophomore guard Lauren Daf­fenberg each scored 17 points to pace the offense.

The 17 points for Anderson are a single-game career high, and her per­for­mance earned adu­lation from her coach.

“She’s got one of the highest bas­ketball IQs I’ve ever coached,” Fritsche said. “I think she’s diver­sified her game and improved her game to fit what we need every year she’s played here. That’s been impactful to our team.”

Daf­fenberg has been the team’s early-season scoring leader, aver­aging more than 16 points per game in the team’s first four games of the year. Touchette added 13 points in the win, and junior guard Jaycie Burger filled up the stat sheet with eight points, four rebounds, and five assists.

Freshman for­wards Sydney Mills and Krol came off the bench and each scored eight points as the team’s two go-to options. Each also sunk two three-pointers.

“It’s still early, and we’re trying to figure out our rotation,” Fritsche said about the team’s bench depth. “Courtney and Sydney have had big impactful games. We’re excited about where we’re going. We hope they can stay the course and keep great focus.”

The Chargers’ road trip con­tinues on Friday against Grand Valley State Uni­versity nearby Grand Rapids, Michigan. Tipoff is at 6 p.m. 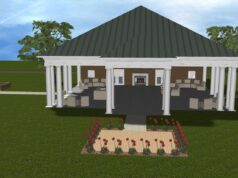