Tyler Blanski ’06 came to Hillsdale wanting to be a saint; he just didn’t know it yet.

These were danger days, when the strains of Min­nesota sweet-strumming evan­gel­i­calism clashing with the lo-fi screeches of Beck’s “The New Pol­lution” rattled around inside his head. Both were pulling him toward Christ, but he did not know how.

This college has a knack for enmeshing a deep desire for com­munity with Christ into the hearts of people like Blanski, enriching what was already made fertile by their hometown evan­gel­i­calism. Blanski’s memoir, “An Immovable Feast,” pub­lished by Ignatius Press this month, covers his dis­covery in faith, from teenage Evan­gelical hip­piedom to col­le­giate Angli­canism, and finally — via mar­riage and an ongoing sem­i­narian dis­cernment — into the arms of Catholicism.

It was not an easy journey. It never is. Blanski first became inter­ested in deep­ening his faith because of the beauty of poetry and liturgies he dis­covered at college. After reading a little about com­mu­nitas and the City of God, he wanted to put the cult in the culture of his faith life. T.S. Eliot and Russell Kirk stuff. A dash of Antonin Ser­tillanges, just to keep that faith life intellectual.

So he entered Angli­canism. He looked long­ingly at Orthodoxy. Some­times he slid around the ranks of Catholicism. All three offer tra­dition and ritual, which mainline evan­gel­i­calism gen­erally dis­dains as non-Bib­lical. Angli­canism cel­e­brates high liturgy (and is STILL Protestant) while Orthodoxy allures the romantics with incense and Eastern mystery. Catholicism claims uni­ver­sality and the com­pletion of all Christian faiths. Not really under­standing any of them, Blanski picked Angli­canism because its church com­munity tugged at him most strongly.

But Blanski’s faith was still an iso­lated journey. Without a com­munity for support, faith ceases to be an active reality. Once intel­lectual enthu­siasm for religion fades — and it’s often hard to keep that enthu­siasm alive outside of places like Hillsdale — voyeurism replaces it. Curiosity always wants to see, but never is willing to par­tic­ipate in the mystery. Blanski never fully face-planted into this pitfall because he con­tin­ually sought truth, com­mitting himself to a process of con­stant con­version that led him, well … to this book.

Since he grad­uated from Hillsdale and moved to Min­neapolis (and then to the Anglo-Catholic sem­inary Nashotah House in Wis­consin), Blanski has been some­thing of a indie-Christian phe­nomenon. He blogs reg­u­larly for The Huff­ington Post. He started his own record label and has self-pro­duced two albums. He’s also pub­lished several books, advo­cating what he calls “Romantic The­ology,” which overlays Pope John Paul II’s Trini­tarian con­ception of marital love (man + woman + God = the love that binds them all into a unity) onto the poetic visions of the­o­logical poets such as Gerard Manley Hopkins and John Donne.

“An Immovable Feast” is Blanski’s attempt to unify his whole life so far into a nar­rative of con­tinual con­version toward com­munion with Christ. The title — a play on Ernest Hemingway’s memoir “A Moveable Feast” — refers to the Mass, but more specif­i­cally to the Holy Eucharist, the simul­ta­neous feast and sac­rifice where time touches the timeless. The mass is special for Catholics because the service is Christ’s sac­rifice on the cross; not a memorial, it is an unbloody co-redemptive par­tic­i­pation in that sac­rifice. Not recreated or replayed, but lived anew in the eternal now. The Eucharist plays the central role in the mass because by eating it, Catholics believe they directly enter Christ’s ultimate gift on Calvary.

For Blanksi — and nearly every Catholic convert — the story of con­version is the story of an intense desire to eat Christ’s flesh in the Eucharist. To “gnaw his flesh” as Blanski observes the original Greek in the Gospel of John reads. “An Immovable Feast” reads like a dialectic, as Blanski argues with himself (all while rocking out to bands like Arcade Fire and Radiohead), slowly coming to the real­ization that the Eucharist is love. In it is the com­munity that he first sought. Every­thing must point to it.

Two things in par­ticular mark Blanski’s story and make it worth reading. The first is his Brown Scapular, a cloth necklace typ­i­cally worn as a Marian devotion. One of Blanski’s Catholic friends at Hillsdale gave him the Scapular to wear back in the days when Blanski poked fun at people with a Marian devotion. Because he respected his friend so much, Blanski never took the Scapular off — and still has not. He even wears it in the shower.

The second thing is related to the first. By explaining how his rela­tionship with his wife, Brittany, developed, Blanski ties his Romantic The­ology into an unex­pected Marian devotion.

“There was some­thing about the way things fit together, a kind of music. The way Mary and the saints all dove­tailed in Christ, the way they brought glory to the Father in the loving bond of the Holy Spirit, was not only right, but elegant,” he writes. “The edges of where earth touched eternity, like the edges of clouds, seemed to dis­appear. The com­munion of saints was more than mood lighting. We all depend on one another, quite lit­erally, for dear life.”

Blanski calls his mar­riage a “dress rehearsal for Heaven.” Like Mary and the saints in their own lives, Blanski and his wife are growing together on earth so that they can more per­fectly unite them­selves with God in Heaven — the eter­nally unmoved feast. 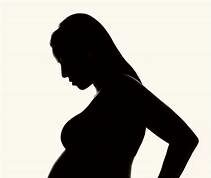 Women are not just ‘birthing peoples’ 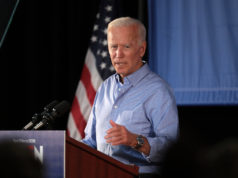 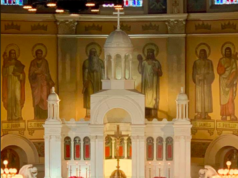