Jilly Beans cof­fee­house has a new owner and a new look.

The longtime downtown coffee house was put up for sale in late Feb­ruary after pre­vious owner Jill Nichols decided to retire after nearly a decade of serving coffee. Toward the end of March, Hillsdale res­ident and fre­quent cus­tomer Mary Ellen pur­chased the business — tran­si­tioning from grabbing coffee on the run to running the business.

“When I saw that it was up for sale, I couldn’t have imagined a more perfect fit,” Ellen said.

A native of St. Clair County, Ellen moved to Hillsdale six years ago and said she imme­di­ately had the desire to be involved with a coffee shop in the com­munity. It was during one of her trips to the farmer’s markets downtown where she dis­covered and fell in love with Jilly Beans.

“I’ve been enjoying it for the last six years,” Ellen said. “It feels over the top to now be a part of it.”

Since pur­chasing the business in late March, Nichols has been working alongside Ellen to teach her all ele­ments of the business, ranging from making drinks to prepping food.

“Jill has been a won­derful mentor and teacher,” Ellen said. “The people are so patient and nice. It has been an easy tran­sition so far.”

Nichols said she has been impressed with Ellen’s work.

“I’ve got con­fi­dence in her,” Nichols said.  “She’s going to be great.”
In Feb­ruary, Century 21 Drews owner Jim Drews listed the business for $89,000 — which included all fur­niture, existing inventory, and food service equipment.

“We’ve received and accepted one offer so far. It came in just a day or two of the listing being put on,” Drews said in Feburary. “The potential buyer is actually a long-time cus­tomer, which is kind of unique, that someone who was a fre­quent patron is now inter­ested in making it their own.”

Ellen has started putting some of her own per­sonal touches on the coffee shop since making the pur­chase, including fresh paint on the walls and artistic nature pic­tures from one of her favorite pho­tog­ra­phers, her sister, who lives in California.

In addition to some of the aes­thetic changes, Ellen said she has added some more food options as well.

“Jill is sharing some of her recipes with me so I’ll be able to keep that level of service as far as the food goes,” Ellen said. “It’s cur­rently sus­tainable, but I hope to add some things to the menu. We’ve had great reception for our new greek salad, and we hope to serve up some fresh fruit in the summer too.”

A favorite study spot for Hillsdale stu­dents, Ellen said the cof­fee­house will soon also be open on Sundays to accom­modate their studies and homework.

In the future, Ellen plans to add some per­sonal touches to the “secret garden” patio area behind the business, adding land­scape and other knick knacks. But overall, Ellen said she wants to just maintain the great rep­u­tation that Nichols built.

“I want to maintain the level of excel­lence, and I want to become more a part of this com­munity,” Ellen said. “I want to invite people through the doors. They’ve been so pleasant and they make it a good experience.”

Jilly Beans will have a grand re-opening on Sat­urday, April 29, and will also be open for the first time on Sunday, April 30. Nichols said she will be retiring towards the end of the month and that she’ll miss the time she has spent at the store.

“I’m ready for the next phase. It hasn’t really sunk in yet, but it’s good,” Nichols said. “I’ll miss talking to the people and getting to hear their stories.” 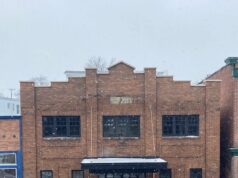 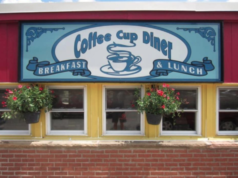 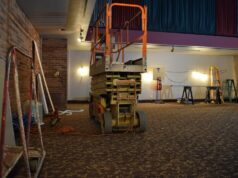