Under Oper­ation Warp Speed, Pres­ident Donald Trump’s admin­is­tration is racing to develop a vaccine that will end the COVID-19 pan­demic. But despite the promises of a silver bullet to end the pan­demic, the COVID-19 vaccine poses a potential danger to liberty, and our health.

According to Politico mag­azine, the pres­ident believes that a vaccine is only weeks away. With the pos­si­bility of states even­tually requiring the new vac­cines, the nation could be heading to a cross­roads between liberty and state com­pulsion. Being forced to take any vaccine — no matter how effective it is — vio­lates bodily autonomy. In his landmark book “Con­sti­tution of Liberty,” F.A. Hayek wrote that property rights are defined as having a “sphere of free action.” If that sphere does not include your own person, then what liberty truly exists?

The state has no right to violate any citizen’s bodily autonomy. Sta­tists who demand that an exper­i­mental vaccine be injected into every American will point to Jacobson v. Mass­a­chu­setts (1905), which upheld a Cam­bridge, Mass­a­chu­setts vac­ci­nation order to curb a smallpox out­break — a disease with a 30% fatality rate — as grounds for mandatory vac­ci­nation cam­paigns. Applying this ruling to a potential COVID-19 vaccine a century later, however, is not as simple as it may seem.

The smallpox vaccine was intro­duced in 1796, 109 years before the case was resolved. According to Justice Harlan’s majority opinion, vaccine man­dates are not oppressive so long as they do not “go so far beyond what was rea­sonably required for the safety of the public.” It is entirely unrea­sonable to argue that the COVID-19 vaccine will have the same level of effi­ciency and safety that the battle-tested smallpox vaccine did, given that most vac­cines take many years and mul­tiple iter­a­tions to become effective.

Another concern, which is perhaps a greater threat in the short term, is the adverse health effects of exper­i­mental vac­cines. In a May 2020 article, Today.com reported that a 29-year-old Seattle man lost con­sciousness and was briefly hos­pi­talized with a 103-degree fever after an adverse reaction to a Moderna Inc. vaccine can­didate. Pfizer, a COVID-19 vaccine pro­ducer, announced this month that it would tem­porarily pause Phase III clinical trials due to mod­erate side effects in vol­un­teers. While the vaccine can­di­dates can cer­tainly improve over time — each of which could take months to years — it is fright­ening to see these side effects, even if they are tem­porary. If the shortest vac­ci­nation cam­paign in American history took four years, shouldn’t we be hes­itant to take a vaccine for a virus that has only cir­cu­lated for six months?

Some have warned that rushing the COVID-19 vaccine could fuel the fire of anti-vac­ci­nation sen­timent. According to an article by Vox mag­azine, “there are signs that this rushed pace and incon­sistent mes­saging from the White House about the severity of the out­break is harming trust in the potential vaccine.”

Addi­tional evi­dence from the CDC states, “for 6% of the deaths, COVID-19 was the only cause men­tioned. For deaths with con­di­tions or causes in addition to COVID-19, on average, there were 2.6 addi­tional con­di­tions or causes per death.” While this does not mean that only 6% of reported COVID-19 deaths are “actually” COVID-19 deaths, we ought to con­sider that these comor­bidities clearly weakened already embattled immune systems, and there are an infinite number of other causes that could have been the final straw in a coro­n­avirus-free world.

We should take the nec­essary pre­cau­tions of wearing masks and social dis­tancing to protect the elderly and those with under­lying con­di­tions from the virus, as well as getting tested and iso­lating when symptoms arise. But there is a line between prudent pre­caution and panic. Pru­dence con­sists of the afore­men­tioned strategies to curb the virus. Panic con­sists of shutting down the entire economy, fining people for inter­state travel, tazing someone for not wearing a mask, and rushing to inject 330 million people with an exper­i­mental vaccine against a virus that only poses sub­stantial danger to certain demo­graphics of the population.

Gov­ernment man­dates have failed the American people during this pan­demic. How can we trust our leaders with our lives when they have failed so miserably?

As the virus ravaged China and Europe in the early spring, Director of the National Institute of Allergy and Infec­tious Dis­eases Anthony Fauci made one of the most infamous state­ments in American history in a 60 Minutes interview, telling Amer­icans that “there’s no reason to be walking around with a mask.” New York gov­ernor Andrew Cuomo infa­mously limited churches to 25% capacity in the spring, yet openly praised massive Black Lives Matter protests, which according to The New York Times included an unfath­omable 15 to 26 million Amer­icans and par­tic­i­pants clearly vio­lated social dis­tancing pro­tocols. Speaker of the House Nancy Pelosi went to a hair salon without a mask. When a video of her reck­lessness went viral, Pelosi claimed she was set up.

History will mock the hypocrisy of our leaders’ COVID-19 response. There was no rhyme or reason to the shut­downs, and the rush for a vaccine is also baf­fling. As former pres­ident Ronald Reagan said, “the nine most ter­ri­fying words in the English lan­guage are: I’m from the gov­ernment, and I’m here to help.” The gov­ernment has already failed to contain COVID-19, and there is no reason to assume whatever exper­i­mental vaccine it approves will do any better. 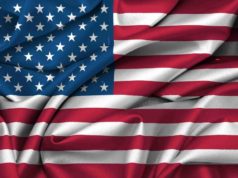