After the 2016 pres­i­dential pri­maries, Lucy Moye was less than enamored with her choices. The pro­fessor emeritus of history at Hillsdale College began to search for other political parties to support. After a bit of searching, she stumbled upon the American Sol­i­darity Party.

The American Sol­i­darity Party, offi­cially incor­po­rated in 2016, is founded on the prin­ciples of Christian democracy. This election cycle, the ASP is running former junior high teacher Brian Carroll and Amar Patel as their pres­i­dential and vice-pres­i­dential can­di­dates.

Caroll is a cer­tified write-in can­didate in the state of Michigan. Moye, who helps run the Carroll cam­paign in Michigan, said that it is vir­tually impos­sible to get on the ballot as a third-party can­didate.

“ASP does not have a state orga­ni­zation in Michigan. There is no chance of getting on the ballot. You have to get 42,000 sig­na­tures in 6 months. For a minor party, that’s pretty much impos­sible,” Moye said.

Just because the ASP can’t get on the ballot, doesn’t mean they won’t get votes.  The ASP can­didate in 2016 received about 6,500 votes in the pres­i­dential election. This year, Carroll antic­i­pates that number to increase 10 – 15 times.

“Both parties are shedding members,”  Carroll said. “We’re going to have a reor­ga­ni­zation of our parties. We want to be in a position that if people want to give up on their parties, we’re available.”

Carroll is in an uphill battle to win the pres­i­dency. But, he believes that a win for the ASP doesn’t nec­es­sarily mean a pres­i­dential victory.

“We can force the major parties to adjust their plat­forms,” Caroll said. “In 1996, Ross Perro ran on a bal­anced budget. Both parties adopted their plat­forms to run on that policy. We would like to see both the democrats and the repub­licans stop taking pro-life voters granted.”

Carroll and Moye were both attracted to the ASP because they didn’t have to pick and choose their social justice beliefs from the major parties. The ASP believes strongly in the sanctity of life from con­ception to natural death and the impor­tance of human dignity in all aspects of gov­ernment.

“Philo­soph­i­cally, our view is that man is not just an atomized indi­vidual,” Moye said. “Our view tends to be rooted in the notion of every human being as an image-bearer of God. Every human being is pre­cious and equal.”

For the ASP, that view lends itself to small, localized markets and a pri­marily family-focused society. There’s no question that the party’s platform is rather dif­ferent from the current societal structure in the United States. But, Carroll believes that enacting the policy would be doable.

“If I was to be elected, my first task would be to put together a bi-par­tisan cabinet. I’d make it heavy on pro-life democrats and add repub­licans that been more in favor of immi­gration justice and envi­ron­mental justice,” Carroll said. “Hope­fully, in pulling together a bipar­tisan admin­is­tration, we would be able to break the log-jam in con­gress that has long plagued our country.”

As for why he’s qual­ified to run the country, Carroll said that most current US politi­cians are not as qual­ified as they’d like voters to think.

“Trump may know how to run a business, but he has no idea how to run a country. Biden has spent all of his life in gov­ernment and is out of touch with the regular man on the street. We need to fill our lead­ership with people who under­stand the struggles of ordinary people,” Carroll said.

Carroll also believes that most people who vote for him aren’t voting for him specif­i­cally, they’re voting for policy.

“People who are voting for me this year are not voting for me because I was the most amazing junior high teacher that has ever lived. They’re voting or me because we have, far and away, the best platform of any political party in the United States.” 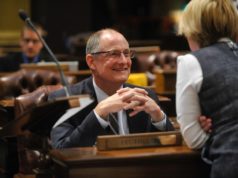 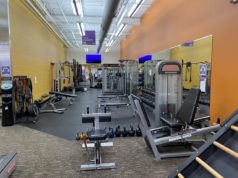 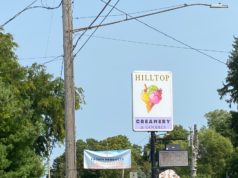