Any musical artist with staying power has a defining album, the col­lection of music that defines their legacy. For Paul Simon it was “Graceland,” for Katy Perry “Firework,” and if you’d asked me this time last year, I’d have said Taylor Swift’s was “Rep­u­tation.”

“Folklore” is a 180 from any of Swift’s pre­vious work. It is, as the kids say, a cul­tural reset. Gone are the over­hyped album releases: the Easter eggs, the antic­i­pation. Gone is Swift’s affair with over-stylized pop music, replete with garish cos­tumes and  autotune.

It’s no secret that Swift is an accom­plished lyricist. She’s exhibited her pen­chant for song­writing since the release of her debut album in 2006. As she morphed from a country star to a pop star, however, her lyrics were often over­shadowed by over-the-top per­for­mances and heavily-pro­duced music.

Change is not new for Swift. She switches per­sonas like a chameleon, mor­phing her color and per­son­ality to fit her age and status in the music industry. Taylor Swift fans cat­e­gorize her career into dif­ferent eras. The “Red” era was marked by Swift’s straight blunt bangs, red lip­stick, and vintage vibe. The “Rep­u­tation” era saw snakes and skin-tight body­suits.

But, none of those eras could go the dis­tance. Each one was too niche, too pointed. She either outgrew it or her fans moved on from it before she could really flesh it out. But, “Folklore” has the power to stay. If there’s ever a Taylor Swift era that has potential for per­ma­nence, it’s this one.

In “Folklore,” Swift’s lyrics return to the focus on sto­ry­telling that made her earlier work stand out. The stripped-down and raw musical style beau­ti­fully show­cases her lyrical genius. There is nothing to hide behind, nothing to dis­tract from what she has to say.

Swift also writes like the 30-year-old woman she is. The lyrics show maturity and under­standing of the world, some­thing that has not been present on her last seven albums. Instead of angry breakup songs, Swift takes a dif­ferent approach to writing about rela­tion­ships. She views ending rela­tion­ships as lessons rather than per­sonal affronts.

In “The 1,” Swift sings, “But we were some­thing, don’t you think so? Roaring twenties, tossing pennies in the pool. And if my wishes came true, it would’ve been you.” Gone is the vengeful tone of songs like “We Are Never Ever Getting Back Together” and “I Forgot That You Existed.”

Swift now writes like she’s been there before, like she’s expe­ri­enced and learned from life. It’s not just refreshing, but also nec­essary. Throughout her career, Swift’s fans have matured and grown alongside her. Her ability to write to them and for them has always been impressive. Now that fan base is grav­i­tating toward mature and honest lyrics, Swift had to adapt. And she delivers.

“Folklore” is Swift’s ticket to the annals of music history. There’s no question that she’s tal­ented and that her music res­onates with her audience, but she’s struggled to find a per­sonal style. She’s proven time and again that she can morphe and conform to the expec­ta­tions and appetites of the culture. But that con­tinuous — and drastic — pen­dulum swing is unsus­tainable.

Swift needed to find her sound, her natural state. “Folklore” is it. This is Swift’s defining moment, and if she can hold onto this honesty and rawness, she will be remem­bered as one of the greatest musi­cians of the 21st century. This is her turning point. Let’s hope she can see it. 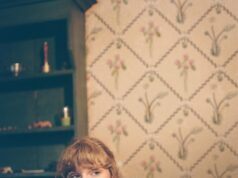 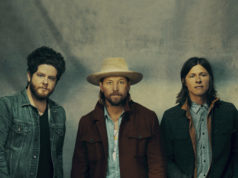 NEEDTOBREATHE’s ‘Out of Body’ has staying power 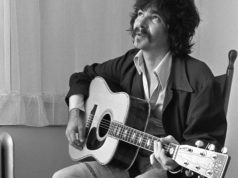 My Summer of John Prine