Cor­porate interests are taking over the Uni­versity of Tulsa with the goal of turning its stu­dents into meek, inter­changeable cogs to serve the new knowledge economy, said Jacob A. Howland, pro­fessor of phi­losophy at the Uni­versity of Tulsa. He gave his lecture “The Crisis of Liberal Edu­cation in America: Does it Have a Future?” on Feb. 4.

Howland said that this cor­porate takeover “was designed to extract value from TU for Kaiser, his trustees and admin­is­trators, and to promote Kaiser’s pro­gres­sivist causes.”

A New York Times article that Howland cited said that Kaiser viewed TU as a place “to try out all sorts of pro­gressive social pro­grams.” Kaiser, however, is not idly curious. In fact, he has a direct stake in the outcome of these programs.

Howland said that the George Kaiser Family Foun­dation was the primary funder of a 2017 Social Impact Bond to keep women out of jail. According to Howland, the idea of a Social Impact Bond is that private investors “put up money to achieve spe­cific goals.” If the goal is met, they could receive a sig­nif­icant return on their investment.

So what does all of this have to do with edu­cation? According to Howland, Kaiser is inter­ested in tackling poverty, and that means getting people jobs. His vision for TU is to abandon the tra­di­tional four-year degree and instead institute short tech­nical training pro­grams, spanning a 3 – 18 month period, where stu­dents can earn cer­tifi­cates for learning a certain skill. The goal is to turn stu­dents into life-long cus­tomers, who have to return to school and be retrained again and again as their skills become outmoded.

The trans­for­mation began in the spring of 2018, when the TU admin­is­tration pushed through a restruc­turing plan called “True Commitment.”

“True Com­mitment elim­i­nated 40% of the university’s aca­demic pro­grams, dis­solved all aca­demic depart­ments in favor of divi­sions — including one called ‘Human­ities and Social Justice’ — and formed a ‘pro­fes­sional super-college,’” Howland said.

In place of tra­di­tional pro­grams like history and phi­losophy, TU is focused on “growth areas” such as cyber­se­curity, indus­trial-orga­ni­za­tional psy­chology, and petroleum engi­neering, among others. Howland said that the idea is to funnel the least-pre­pared stu­dents into low-level training pro­grams in areas such as nursing and data man­agement, and the best-pre­pared stu­dents into highly tech­nical fields like cybersecurity.

No matter what training they choose, however, the greater goal is to turn stu­dents into a new kind of human capital.

“Edu­cation is, in many ways, the new oil,” Howland said. “The mon­e­ti­zation and com­mod­i­fi­cation of human capital requires a stan­dardized product that will be pumped out in large quantities.”

Essen­tially, the goal behind the restruc­turing of TU is to transform stu­dents into this stan­dardized product. According to Howland, the ideal future TU stu­dents will be “indi­viduals ground down smooth into workers and man­agers who will fit inter­changeably into a glob­alized and dig­i­talized system of pro­duction. This endeavor requires new levels of behav­ioral con­di­tioning, which is quite ade­quately sup­plied by the imper­a­tives of pro­gressive ideology.”

If this sounds dystopian, perhaps that’s because Gerard Clancy, former pres­ident of TU and a close asso­ciate of Kaiser, sought to emulate the Uni­versity of Beijing’s branch campus in the city of Karamay, China. According to Howland, Clancy was par­tic­u­larly impressed by Karamay’s heavy investing in the “knowledge sector”— namely, tech­nology infor­mation systems and infor­mation service indus­tries from all over the world.

The city of Karamay has served as a testing ground for the newest security systems in China, including drones, wearable com­puting facial recog­nition, and pre­dictive video that Clancy praises as “helping law enforcement fight crime and maintain public safety.”

According to a report Howland cited, “China’s Smart Cities rep­resent the biggest and most intrusive sur­veil­lance archi­tecture ever done by any single nation, according to experts and ana­lysts.” TU plans to follow in Karamay’s foot­steps. Howland said the uni­versity is already focusing on the pro­duction of drones, cyber tech­niques, and data sur­veil­lance systems.

Stu­dents are clearly just cogs in TU’s futur­istic vision. Despite the use of buzz­words like “student-cen­tered,” the pro­jected out­comes for TU “cus­tomers” will not truly help them to grow and flourish, according to Benedict Whalen, assistant pro­fessor of English at Hillsdale, who attended the lecture.

“The idea of the human person that lies behind that sort of program is really impov­er­ished and narrow. It essen­tially views human beings as made to do little func­tional or tech­nical jobs, and that that’s the end and ful­fillment of the human person,” Whalen said.

According to Whalen, TU’s dis­solving of aca­demic depart­ments weakens the con­nection between stu­dents and faculty.

“A tra­di­tional under­standing of the uni­versity is a part­nership between the faculty among them­selves, with the admin­is­tration, and with the stu­dents. The part­nership exists because we’re pur­suing very high things together,” he said. “The division of edu­cation at TU is one where you’re not con­versing, you’re imparting a certain point of knowledge or some tech­nical job that you need to do.”

Sophomore Morgan Billingsley, who also attended the lecture, said that she thinks the restruc­turing of TU reflects broader cul­tural issues. 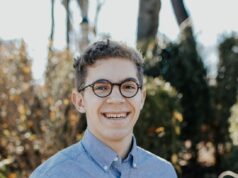 Sharpest junior in the drawer