One of the only fluent speakers of ancient Greek in the world, Dr. Christophe Rico, spoke on the impor­tance of studying ancient lan­guages and his work to make achieving fluency easier. Rico made his remarks during a lunch with stu­dents last Thursday.

Dr. Rico is the director of POLIS — The Jerusalem Institute of Lan­guages and Human­ities. POLIS is a non profit aca­demic insti­tution founded by an inter­na­tional group of scholars and is located in Jerusalem, according to the website. At the Institute, many ancient tongues, including Koine Greek and Bib­lical Hebrew, are taught as living, spoken lan­guages. According to Rico, learning an ancient lan­guage is essential to under­standing texts written in that language.

“We don’t speak ancient lan­guages for the sake of reading ancient lan­guages — that would be com­pletely silly,” Rico said. “We do it because it is the only way to read a text without a dic­tionary and without trans­lation. If you can’t do it then you will never be able to read Plato as if it were English or French.”

Under­standing ancient lan­guages has impor­tance beyond being able to read a certain text. According to Rico, the purpose of his Institute is “for the revival of the humanities.”

“We con­tribute to the renewal of the human­ities,” Rico said. “How? By reviving and speaking ancient languages.”

As well as teaching ancient Greek, Rico is cur­rently working on a the­matic dic­tionary of Clas­sical and Neo-Clas­sical Greek, which will provide instructors and stu­dents with the tools they need to speak ancient Greek flu­ently. According to Rico, Greek in its original form stopped being spoken around the 16th century, when the Ottoman Turks ruled Greece and influ­enced the lan­guage. Now, because the lan­guage stopped evolving, ancient Greek speakers have to come up with words to describe modern items that didn’t exist 500 years ago. Rico’s dic­tionary will help to fill in those gaps.

Another issue that faces ancient Greek speakers is approx­i­mating an authentic accent. According to Assistant Pro­fessor of Classics Patrick Owens, however, it’s not as hard as it seems.

“We can better under­stand the evo­lution of Greek by looking at mis­takes,” he said. “When you see a spelling mistake in writing, it’s because the lan­guage is changing.”

Ulti­mately, Rico said that reading ancient works in the original allows us to deeply under­stand both the author and the text. 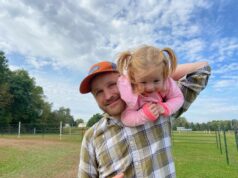