When senior and applied math­e­matics major Emma Clifton reg­is­tered for Physics 101, Phi­losophy 101, and a Latin phi­losophy class last year, she never thought she would find herself pre­senting a paper linking the three. A year later, however, Clifton did just that and pre­sented her research in a paper, “Lucrescious’ Legacy in Math­e­matics: Past and Present Res­o­nances,” before the Society for Clas­sical Studies in D.C.

Clifton was one of only four undergrad stu­dents pre­senting at the annual Society for Clas­sical Studies con­ference that brings together thou­sands of clas­si­cists, philol­o­gists, archae­ol­o­gists. Almost every classics graduate student from around the nation and at least one rep­re­sen­tative from each graduate school with a classics department attend the con­ference as well.

Clifton’s pre­sen­tation began as a term paper for her Latin phi­losophy class, but said she was inspired by all the other classes she was taking at the time. While reading Roman Philosopher Lucretius’ “On the Nature of Things,” Clifton began to notice some res­o­nances of math­e­matical con­cepts, which, after much research, led to her thesis: that Lucretius may have inspired both Newton and Leibnitz in their dis­cov­eries of cal­culus, and that the Roman philosopher was perhaps a pre­cursor to modern math­e­matical con­cepts.

“There were similar themes coming up in all three classes. We read a paper by Newton in physics, and I ended up citing that in my Latin paper because Newton was ref­er­encing Lucretius,” Clifton said. “I hadn’t really planned to take these classes because they fit but it was neat how they ended up inter­twining.”

Clifton explained that Lucretius’ rel­e­vance to modern science is a debated topic among aca­d­emics, because his ideas weren’t “rig­or­ously sci­en­tific.” He did not use math­e­matical notation or demon­strate his the­ories through exper­i­men­tation. Instead of proving physical phe­nomena, he was inter­ested in explaining what reality is like so that he could phi­los­o­phize about how to live. He did, however, have some notedly inno­v­ative and rel­evant ideas, for instance, that the uni­verse was made up of atoms.

In her research, Clifton did not find much schol­arship about the math­e­matical ideas in Lucretius.

“It was exciting reading Lucretius and rec­og­nizing an idea from math­e­matics, like the idea that sta­bility can arise out of a system that is seem­ingly chaotic. I don’t think I have seen this before in ancient phi­losophy,” Clifton said. “It was also cool the more I looked into Newton and Leibnitz the more I think that Newton thought Luctetius under­stood the concept of inertia. Newton was clearly thinking of Lucretius as a philosopher and physicist.”

Clifton’s advisor, Vis­iting Assistant Pro­fessor of Classics Carl Young, helped her to revise her paper and encouraged her to submit it to the Society for Clas­sical Studies.

“Emma’s paper was well-researched and very clearly written,” Young said. “And while this is not a com­pletely original idea, Emma’s back­ground in physics and math­e­matics com­bined with her knowledge of Latin allowed her to pick up on some aspects of Epi­curean physics that do not often get noticed. Plus, she does a really good job of explaining rather dif­ficult math­e­matical con­cepts.”

Despite her pro­fes­sor’s high praise, Clifton said that she “lost a lot of sleep” over the paper, and did not really think it was very good. She was sur­prised when her pro­fessor sug­gested she submit it to the Society for Clas­sical Studies.

“Not rarely it ends up those are the best papers at the con­ference because they are so earnest,” Owens said. “When it is your first time there is energy and excitement, so under­grads have some of the best papers. It is a real feather in Emma’s cap.”

Despite her success in classics, Clifton’s post-graduate dreams include, not noble antiq­uities, but modern marvels. She plans to master in data ana­lytics with some com­puter science “thrown in” and has already applied to three graduate pro­grams. 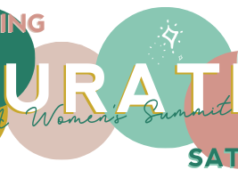