Where did you attend college? Notre Dame for undergrad. Indiana Uni­versity for graduate school. How did you propose to your wife? I wrote out 95 reasons why she should marry me and posted them on the cathedral door in Helena, Montana because she was Lutheran. I took her there at about 20 minutes to mid­night on Feb­ruary 12th of 1998. She said yes. If you were on a desert island, what three books would you bring? “The Lord of the Rings,” the Bible, and “City of God.” You’re on a desert island and get access to one website.  What do you choose? The Imag­i­native Con­ser­v­ative. Would you rather climb Mount Everest or go to the bottom of the ocean in a sub­marine? Everest. Do you have any super­sti­tions? I believe in ghosts. What is a wide­spread his­torical “fact” that is actually false? That Madison is the father of the con­sti­tution when he really just took notes on the pro­ceedings. Who is your favorite saint? St. Max­imillian Kolbe. Is there anyone who is not can­onized who you think is actually a saint? J.R.R. Tolkein and maybe Russell Kirk. If you had to kick one state out of the union, which would you pick? At one point it would have been Mass­a­chu­setts because they’re so incredibly left wing, but now I’d say Cal­i­fornia because they’re so messed up. Which European country would you pick to replace that state? Liecht­en­stein. It’s one of the great old medieval prin­ci­pal­ities. If you lived in Middle Earth, what would your race be? I’d probably end up an orc. That would be my luck in life, but I’d rather be an elf. Would Tolkien approve of Peter Jackson’s LOTR movies? Absolutely not. They’re too violent and have too much action with not enough focus on the philo­sophical ele­ments of the books. Do you? I’m mixed. I’ve become more accepting of them as I’ve gotten older, mostly through con­ver­sa­tions with my son Nathaniel. What is your favorite story about C.S. Lewis and Tolkien as friends? That they would go to parties dressed up as bears. Who has a greater influence on the western canon, Lewis or Tolkien? In the short run, Lewis, but in the long run, Tolkien. If you could give Twitter to one his­torical figure, who would you pick? Cicero, because I’d love to know what he thinks about every­thing going on in the world.

If 50% of the NYPD is cut, what superhero do you pick to make up the dif­ference? Batman could take care of all of it. 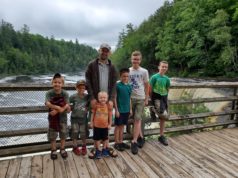 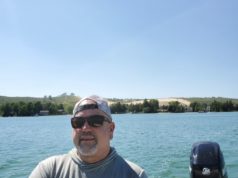 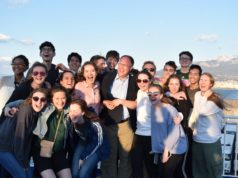