It’s a dis­grace that 19 years after the tragedy of 9/11, pros­e­cution is only just beginning.

The trial date for the ter­rorists involved in plotting the 9/11 attacks has been set 10 years too late. This week, as the U.S. marks the eigh­teenth anniversary of the Sept. 11 attacks, memory of the tragic day is still fresh in the minds of most Amer­icans.

As a New Yorker, Sept. 11 has always held a special sig­nif­i­cance to me. There’s never been a time when I didn’t asso­ciate that date with solemnity and sol­i­darity.

As a 1‑year old living in Queens during the attack, I was too young to com­prehend the gravity of the sit­u­ation unfolding a mere eight miles away in lower Man­hattan.

My dad, like mil­lions of others, was starting his work day in New York City that morning. When news of the attack was announced, he rushed home, unsure about the pos­si­bility of sub­se­quent attacks and unable to contact loved ones due to the failing cel­lular towers. The subway system shut down, and highways and bridges closed to traffic. He walked home from Man­hattan to Queens, over the 59th Street bridge with mil­lions of other New Yorkers, with the smoke from the World Trade Center rising behind them.

Every New Yorker old enough to remember the day with clarity can give a detailed description of their expe­rience in the weeks fol­lowing the attacks. NYC and the lives of many would change forever.

It has been 19 years since the Twin Towers col­lapsed, yet the mas­ter­minds respon­sible for one of the darkest days in American history have yet to be tried.

“For the first time, a U.S. mil­itary court judge in Guan­tanamo Bay, Cuba, has set a trial date for Khalid Sheikh Mohammed and the other four men charged with plotting the ter­rorist attacks of Sept. 11, 2001,” an August NPR article said. “Judge W. Shane Cohen, an Air Force colonel who took over the case in June, said the trial should begin on Jan. 11, 2021, though a number of other dead­lines would need to be met for the long-delayed trial to begin.”

Khalid Shaikh Mohammed and four others have been accused of planning the 9/11 attacks. The New York Times reports Walid bin Attash and Ramzi bin al-Shibh have also been charged for their role in car­rying out the attacks. Ammar al-Baluchi, Mohammed’s nephew, and Mustafa al Hawsawi face the death penalty as well.

There are many reasons for such a lengthy delay.

The defense has been adamant in their efforts to discard key evi­dence which would aid in the con­viction of the defen­dants.

According to an article from the New York Times, judges are debating the legit­imacy of the alleged attackers’ con­fes­sions. Due to physical or mental injury from torture, defense lawyers could use MRI scans to argue for lesser sen­tences.

Another factor delaying the trial is the chal­lenge of preparing Guan­tanamo for the amount of traffic that will ensue once pro­ceedings begin.

The trial, which promises to be lengthy and com­pli­cated, requires a lot of prepa­ration. The New York Times reported that the Navy base in Cuba cannot provide enough housing or food for those in the trial.

Due process is important. It is hon­orable and right that the United States extend this priv­ilege even to those who have harmed its people.

Due process, however, is important for the defen­dants, but it is equally nec­essary for the victims. We cannot use it as an excuse for such lengthy delays.

The precedent of due process ensures that justice will be carried out whether that be dropping charges against an innocent defendant in some cases, or con­victing the ter­rorists and giving the American people closure. It’s an oppor­tunity to serve justice for both parties and give to each what is owed them.

True due process is impos­sible without a trial to convict the ter­rorists who caused so much destruction and pain to the American people.

This delay has turned from a healthy respect for the judicial pro­ceedings of this country to a bureau­cratic stalemate that neglects the duty owed to the victims of 9/11. Setting a trial date is just the beginning of a 19-year wait for justice. 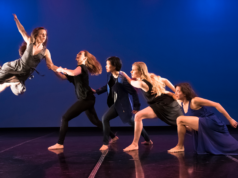 A professional dancer’s journey from NYC to rural Michigan 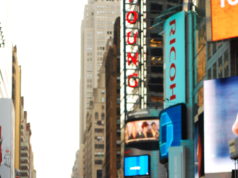 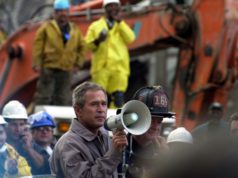