These awards are open to college sta­tions across the state, including Michigan State Uni­versity and Grand Valley State Uni­versity. Despite sub­mitting nom­i­na­tions to only five of the eight radio cat­e­gories for MAB, Hillsdale College, with its seven recog­ni­tions, received more awards than any other college in Michigan.

“This is just our second year eli­gible for the MAB awards, so it’s incredible to have this number of stu­dents honored,” he said. “Our stu­dents and pro­gramming are suc­cessful because our stu­dents want to be good. They want to produce quality shows. They want to get better. It’s sat­is­fying to see others acknowledge that fact.”

Three first-place awards were given to Radio Free Hillsdale in the “Current Events Program” for sophomore Stefan Kleinheinz’s “The Hillsdale Interview: Ajit Pai”, in “On-Air Per­son­ality or Team” for 2018 alumni Sarah Schutte and Chandler Lasch’s “Wait, What Hap­pened?,” and in “Talk Show” for seniors Ben Diet­derich and Jenna Suchyta’s show “American View.”

The rest of the awards include two second- place honors and two hon­orable men­tions, or third- place honors. Those who received the second- place awards were Diet­derich in the “Current Events Program” cat­egory for The Hillsdale Interview: John James, and Suchyta in the “Daily Newscast/News Feature” cat­egory for Econ 101. The third place awards were given to senior Ryan Kelly Murphy for her newscast and senior Cole McNeely and junior Martin Petersen for their sports­casting work.

Suchyta com­mented on her own love for radio, as well as on WRFH’s recent tri­umphs.

“I love radio because it allows me to tell a story or to teach a concept in [such] a per­sonal way,” Suchyta explained. “The dis­pro­por­tionate number of awards we get at WRFH, so many for such a young program, speaks volumes of the hard work and ded­i­cation put forth by all of us.”

Senior Shadrach Strehle, the station program director, said he feels extremely grateful that stu­dents who make up Radio Free Hillsdale are receiving recog­nition for all of their hard work.

“WRFH has seen amazing growth in lis­ten­ership and quantity of pro­gramming, and seeing that growth reflected in awards means the world to stu­dents when recording a show every week can often feel like a very thankless job,” Strehle said. “Going from starting the station my sophomore year to poten­tially being the best station in Michigan is a huge leap to make in such a short time, and being program director during that leap is a huge honor.”

The indi­vidual winners will be honored in Lansing on March 6 during the Great Lakes Media Show. Addi­tionally, the Michigan Asso­ci­ation of Broad­casters will announce the recipient of the 2019 MAB College Radio Station of the Year Award, which Bertram thinks Radio Free Hillsdale has “an excellent chance at winning.” 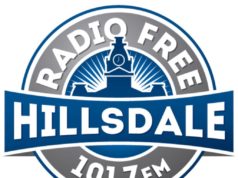