During the Trump era, Repub­licans have struggled to exhibit com­passion. The GOP touts its prin­ciples, but without com­passion those prin­ciples are worthless.

Pres­ident Trump ordered 5,000 sol­diers to be sent to the U.S.-Mexico border to defend the country from a migrant caravan of women and children. In 1957, Pres­ident Eisen­hower gave similar orders, but he sent the Arkansas National Guard to protect and defend nine African American stu­dents and their rights to attend school with white kids.

The GOP must pri­or­itize humanity over policy, and if it can’t, Repub­licans risk being voted out. In a number of human­i­tarian issues, Repub­licans hurt themselves.When it comes to gun vio­lence, Repub­licans tend to spend very little time, if any, on the human impact of the tragedy. They imme­di­ately jump to the defense of the Second Amendment instead. With health care policy, Repub­licans allow them­selves to be painted as leaders who don’t care if certain Amer­icans won’t be able to afford treatment because it’s more important to have a smaller gov­ernment. And with immi­gration, Repub­licans show no com­passion for the fam­ilies seeking a better life for their children, reverting instead to the talking point that the immi­grants are illegal aliens and lawbreakers.

Repub­licans are on the wrong side of the game. They take the stance that the law is the highest essence of human life, but that’s not a platform that res­onates with the people, and it most cer­tainly is not a quality people will vote for. The GOP has prin­ciples and values, but when the party finds itself on the wrong side of human emo­tions, Repub­licans are playing with no hope of winning.

If Repub­licans want to be suc­cessful; if Repub­licans want to do what they believe is right, they should either redis­cover the teachings of Christ, whom they claim to follow, or stop pre­tending to uphold his teachings. The law of Christ is simple: “Love your neighbor as yourself.” When a caravan of people is making the trek of a lifetime to knock on our door and ask for a better life, we might not be able to welcome them in, but we can at least treat them as fellow humans and greet them them with love, not with a throng of sol­diers. The GOP is treating them like animals trying to infest our nation.

Has the GOP for­gotten the words of one of its founders, Abraham Lincoln? “Don’t crit­icize them; they are just what we would be under similar cir­cum­stances,” Lincoln said. Repub­licans used to be the party that put them­selves in the shoes of the mis­treated and despised; Repub­licans used to be the party that freed the slaves and fought for human rights. How can Repub­licans demand respect in their fight for the rights of the unborn if they aren’t willing to show com­passion to grown men, women, and children?  Repub­licans used to send the mil­itary to protect the rights of its cit­izens, now they send the mil­itary to fight those who want nothing more than to have those rights as citizens.

Pres­ident Eisen­hower said: “Every gun that is made, every warship launched, every rocket fired, sig­nifies in the final sense a theft from those who hunger and are not fed, those who are cold and are not clothed.” As our troops prepare to wage war on the caravan of immi­grants, Eisen­hower reminds Amer­icans that by deploying the mil­itary, the Repub­lican Party has already waged war on the hungry, the thirsty, and the strangers.

The Repub­lican Party must reconnect with the spirit in which it was founded, unless it wants to con­tinue on the path that labels them the enemy of the people. Regardless of the political objec­tives Repub­licans think they are accom­plishing, as long as they appear to not care about the common struggles of man, and as long as they dis­regard the human desire for love, Repub­licans will find them­selves on the path of destruction.

Stefan Kleinhenz is a sophomore studying Rhetoric and Public Address. 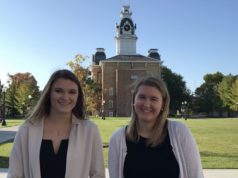 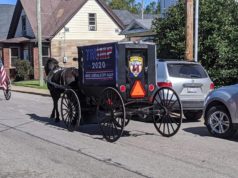