Radio Free Hillsdale 101.7 FM’s new show, Citizen Talk, has made the word “pru­dence” its motto by going below the surface of mere hot button issues, to explore the deeper meaning of the con­tentious topics of the day.

Two Hillsdale College graduate stu­dents, Juan Davalos and Lynette Grundvig, have hit the air­waves of Radio Free Hillsdale on 101.7 FM with their new program, Citizen Talk. Airing every Thursday at 8 a.m. and 4 p.m., the show fea­tures Davalos, Grundvig, and an invited guest for an hour-long dis­cussion on current events and the major issues of the week.

Davalos, a Winston Churchill fellow, earned his bachelor’s degree in Bib­lical Studies at Moody Bible Institute and his master’s degree in phi­losophy from Biola Uni­versity. Grundvig is working on her doc­torate in pol­itics at Hillsdale, having already earned her master’s degree in Inter­na­tional Rela­tions from the Uni­versity of Denver.

Until Citizen Talk kicked off, radio pro­gramming on WRFH was con­ducted by either under­graduate stu­dents or local res­i­dents. Radio Free Hillsdale General Manager Scot Bertram expressed excitement about changing this.

“This show is the first long-term radio show estab­lished by graduate stu­dents at the station,” Bertram said. “It is already unique for being the first show not put on by under­grad­uates.”

According to its mission statement on Sound­Cloud, Citizen Talk is ded­i­cated to restoring wise lead­ership and counsel in public dis­cussion.

“States­manship is lost in today’s polarized political culture,” the statement says. “This nec­essary art in a self-gov­erning republic must take into account three main ele­ments: prin­ciples, human nature, and cir­cum­stances. We want to practice this lost art with our lis­teners by looking at one of the main political stories dom­i­nating the news cycle of the week and ana­lyzing it through the eyes of a Statesman.”

Davalos and Grundvig said they began the program to encourage more fruitful and con­sci­en­tious dia­logue on current events.

“One of the things we’ve noticed is people don’t think about political issues pru­den­tially,” Davalos said. “Espe­cially in the Christian and con­ser­v­ative culture, we tend to look at pol­itics through the lens of theory. We need to look at the cir­cum­stances and then figure out the best way for theory to fit accord­ingly.”

The pair also hinted at plans to invite local politi­cians to discuss issues, and poten­tially even national figures, as time goes on.

“We will con­tinue taking important topics that are dom­i­nating the news cycle.” Davalos said, “and try to break them down into their dif­ferent ele­ments.” 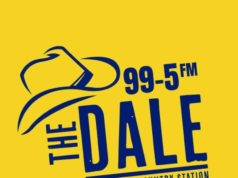