Several faculty and staff members at the college, as well as scholars from outside Hillsdale, said the college’s mixed reli­gious demo­graphics are unusual, as many other Christian col­leges are either vastly Protestant or vastly Catholic. They and many stu­dents con­cluded that the large rep­re­sen­tation of both tra­di­tions on Hillsdale’s campus fosters healthy and vibrant dis­course about the Christian faith.

College Chaplain Adam Rick, who also serves as rector at Holy Trinity Anglican Parish, said that com­pared with other schools like Patrick Henry College, which is largely Protestant, and Fran­ciscan Uni­versity of Steubenville, which is largely Catholic, the reli­gious demo­graphics at Hillsdale are somewhat unique.

“The insti­tution didn’t re-emphasize its com­mit­ments to Chris­tianity until more recently, and so that might have created this inter­esting sort of demo­graphic spread across mul­tiple tra­di­tions that you don’t see at other schools that are founded to be Catholic or reformed or whatever,” he said, adding that Hillsdale is “cer­tainly unique” with regard to the high level of devotion among both Protes­tants and Catholics on campus.

“Hillsdale is one of the few places that is very loud and proud about its con­ser­vatism, and though it his­tor­i­cally was Protestant, that’s not as heavy an emphasis as it is at other schools like, for example, Calvin College, a reformed school,” Laats told The Col­legian. “I don’t mean Hillsdale’s not serious about its reli­gious com­mit­ments — I don’t mean that at all. It’s a sort of cul­tural con­ser­v­ative package that cer­tainly does include important and serious reli­gious ideas, but those reli­gious ideas are part of a package — all dif­ferent types of con­ser­vatism wrapped up into a sort of very unified cul­tural kind of con­ser­vatism. Hillsdale cer­tainly is and has been a Christian school.”

Laats also said even though the college was founded by Free Will Bap­tists, he’s not sur­prised Hillsdale also has a large number of Catholics, based on the past several decades of America’s political history.

“It makes perfect sense because, since the ’50s, there’s been this closer and closer con­nection between con­ser­v­ative Catholics and con­ser­v­ative evan­gel­icals,” he said. “And then in the ’70s it really took off with the pro-life movement, politically.”

A Grove City College report found that out of the stu­dents who responded, 79 percent iden­tified with a Protestant denom­i­nation or as non-denom­i­na­tional and 6 percent iden­tified as Catholic. Addi­tionally, a Church Rep­re­sen­tation survey of 2018 enrollees at Hope College found that 63 percent of enrollees fell into various Protestant denom­i­na­tional cat­e­gories and another 18 percent fell into the Catholic cat­egory. Patrick Henry College reports that 100 percent of stu­dents affirm its statement of faith, and the top five reli­gious groups are non-denom­i­na­tional, fol­lowed by Baptist, Pres­by­terian, Assembly of God, and Lutheran.

Christian Smith, pro­fessor of soci­ology and director of the Center for the Study of Religion and Society at the Uni­versity of Notre Dame, agreed that many other Christian college student bodies are either vastly Protestant or vastly Catholic, not mixed.

“That is because those col­leges are them­selves insti­tu­tionally Catholic or Protestant, and so attract their kind,” Smith said in an email. “Hillsdale is uniquely not denom­i­na­tional but known as con­ser­v­ative broadly, so attracts a greater reli­gious mix.”

Wheaton College could not release infor­mation about the reli­gious affil­i­a­tions of its student body. Pro­fessor of History Darryl Hart, an elder at Orthodox Pres­by­terian Church who started his career at Wheaton, said the school was largely Protestant when he was there, and he finds Hillsdale’s envi­ronment to be more open to reli­gious debate and dis­cussion. He noted a par­ticular, widely reported case from 2006, in which a Wheaton pro­fessor was fired after he con­verted to Catholicism.

“Here, we’re Christian in some way, but we have this spectrum of Protes­tants and Roman Catholics and Orthodox, and we even have some Muslims here, and Jews,” he said. “So it gives you the oppor­tunity to explain yourself more than at other places where people might just assume, ‘Oh because you’re at Wheaton, well then you’re one of those kinds of Protes­tants.’ Here, no one can nec­es­sarily assume what you are. And then if they find out that you are some­thing, then that invites dis­cussion, argument, debate.”

Pro­fessor of Religion Donald West­blade, who serves as an elder at College Baptist Church, said that the college can not be defined as a “strictly secular liberal arts insti­tution” nor as a “con­fes­sionally Christian” institution.

“We may confess that we are Christian, but we are not Christian with a view to the par­ticular con­fes­sional tra­dition. So we’re not a Protestant school, we’re not a Catholic school,” he said. “I think it’s a healthy thing for stu­dents to come and find out that there are Chris­tians of other denom­i­na­tions, whether it’s another Protestant denom­i­nation, or whether it’s Protes­tants and Catholics, to learn that there are Chris­tians of goodwill across those denom­i­na­tional bound­aries and that we can learn from them.”

Director of Health and Wellness Brock Lutz also noted the par­ticular wording of the college’s mission statement, which states that the college is a “non­sec­tarian Christian insti­tution,” and that it “main­tains ‘by precept and example’ the immemorial teachings and prac­tices of the Christian faith.”

“Because we have a fairly broad mission statement, there are many dif­ferent denom­i­na­tions that are attracted to Hillsdale and com­fortable with the reli­gious atmos­phere at Hillsdale,” Lutz said in an email.

Senior Sammy Roberts, who served as pres­ident of the Catholic Society last year, said the Catholic Society made a “con­certed effort” throughout the year to foster rela­tion­ships between denom­i­na­tions. He said that last year’s lecture series, “This Far By Faith: The Ref­or­mation at 500,” which was co-spon­sored last year by the Catholic Society and Hillsdale’s Inter­varsity Christian Fel­lowship, was “indicative of the expe­rience that Catholics and Protes­tants can have at Hillsdale.”

“There were Catholic speakers, Lutheran speakers, evan­gelical speakers,” he said. “And Father Rick’s point was, this wasn’t a cel­e­bration of the Ref­or­mation, but it was a dis­cussion which everyone should have, whether they like it or not.”

Roberts said during his college search, he was orig­i­nally deciding between Hillsdale and the Uni­versity of Dallas, but he said he does not think he would have grown as much in his faith if he had gone to an insti­tu­tionally Catholic school.

“You have Mass, the chaplain’s Catholic, you have opening and closing Mass for the school year, every­thing is so readily available that, as a Catholic, you can just kind of atrophy and take every­thing for granted,” Roberts said. “At Hillsdale, it’s not like you have to defend your faith here, but with the Catholic com­munity here, you do kind of have to search it out. I mean, nobody was forcing me to get out of bed in the morning, and Mass wasn’t a five-minute walk away from my dorm like it is at Notre Dame. And so it really put the onus on me to do that; it made me grow up in a way.”

“The only way that I’ve seen tension is if indi­viduals choose to create tension, and if they choose to let their dif­fer­ences override their com­mon­al­ities,” he said. “I’ve seen many stu­dents come together who are able to say, we cel­e­brate our tra­dition, but we also cel­e­brate Christ.”

Junior Brigid Maj­mudar, head of the Orthodox Christian Fel­lowship on campus and one of eight stu­dents who reg­u­larly attend Holy Ascension Orthodox Church in Albion, said that despite some­times observing “tension in the air” on campus, par­tic­u­larly on Ref­or­mation Day, she said she finds Hillsdale to be a great place to have con­ver­sa­tions about religion.

“That’s what I really respect about people on this campus: if people know me, they’re not going to fight with me. And people who I want to talk with are not going to even bring any­thing up unless they know me, or if they do, it’s going to be in a spirit of civility,” she said, adding that this dynamic is “not nec­es­sarily true of people who come in, because that’s just not how they’re taught to be, and here, we’re learning how to do that. You grow into your ability to have those conversations.”

Pro­fessor of Phi­losophy Lee Cole attended graduate school at Vil­lanova Uni­versity, a Catholic uni­versity with over 10,000 stu­dents. While there were a lot of Protes­tants there, he said it lacked the same kind of “common con­ver­sation” about the rela­tionship between Protes­tantism and Catholicism that one expe­ri­ences at Hillsdale.

“If you’re at a school like Vil­lanova or Georgetown or Boston College, you’re gen­erally less inter­ested in asking that kind of question,” Cole said. “At Hillsdale we’re likely more aware of these dif­fer­ences because there isn’t a default denom­i­na­tional setting, and many are attracted to Hillsdale for just that reason; if I’m studying and living alongside of other Chris­tians, espe­cially if I count them as friends, I’m nat­u­rally inter­ested in knowing what Chris­tianity looks like for them.”

Pro­fessor of English Dwight Lindley, who is also Catholic, agreed.

“Somehow Hillsdale fosters the attitude of, on the one hand, deep­ening your own faith that you come with, but also concern and interest for the others’ faith, which is a really beau­tiful thing actually,” Lindley said. “I’ve had a lot of stu­dents I’ve talked to who have grown a great deal because of that. I just feel like there’s a general envi­ronment of love, you know, mutual trust and friendship, where you can do that without feeling threatened, for the most part.”

Roberts said the small Knorr Center chapel has always encap­su­lated for him the non­sec­tarian nature of Hillsdale’s reli­gious environment.

“I have soft spot in my heart for the little chapel over there [in the Knorr Center],” Roberts said. “It’s from the ’70s, it’s got that red carpet in there, it’s a nice spot to go and pray. But it just rec­og­nizes that, whether you like it or not, Hillsdale is a Christian school in its identity. It was founded as that. It’s non-sec­tarian nature means we can be Christian, all Chris­tians can come to us, and we can all reason and debate what we believe.” 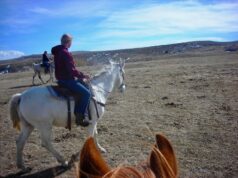 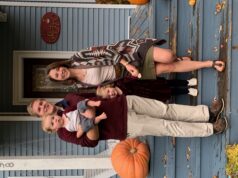