A pro­posed tax could force Hillsdale College to pay up to $700,000 a year to the federal gov­ernment.

As part of the Repub­licans’ $1.5 trillion tax package, a new endowment tax would make private, non­profit col­leges and uni­ver­sities pay 1.4 percent on their yearly endowment income if the endowment is equal to $250,000 or more per student. It would affect nearly 70 insti­tu­tions nationwide, including Hillsdale College and much of the Ivy League. The House passed the bill on Nov. 16, and the Senate voted Wednesday along party lines to open debate on the tax plan. A vote on the bill could occur by the end of the week.

Based on how the law defines an endowment’s income, Patrick Flannery, vice pres­ident for finance and college trea­surer, esti­mated Hillsdale could pay as much as $700,000 a year if the leg­is­lation passes. The college operates on a $121 million annual budget.

“Even a half million dollars per year, that’s enough to have an impact on how much money you can get dis­tributed to general oper­a­tions for the college,” Flannery said. “It’s some­thing that we will have to think about: How are we going to make up for that?”

For now, Flannery said the college is waiting to see what Con­gress decides.

Matthew Spalding, asso­ciate vice pres­ident and dean of edu­ca­tional pro­grams for the Allan P. Kirby Jr. Center for Con­sti­tu­tional Studies and Cit­i­zenship in Wash­ington, D.C., said the tax comes in response to a general outrage among members of Con­gress that schools with large endow­ments are using much of them, not to benefit stu­dents, but more like investment funds.

“At that point, that endowment becomes some­thing dif­ferent,” he said. “If there is to be an endowment tax, it should only apply if the amount in the endowment fund exceeds that which is needed to support exempt pur­poses, such as direct asset use or pro­viding financial support for stu­dents.”

Spalding added that a broad per­ception that much of academia support a liberal agenda may also con­tribute to the support behind the pro­posal. An over­whelming majority of Hillsdale’s endowment sup­ports schol­ar­ships, aca­demic pro­grams, and faculty, Flannery said.

He became aware of the intended tax days prior to the plan being intro­duced in the House on Nov. 2, and he has been in dis­cussion with members of Con­gress since then. College Pres­ident Larry Arnn joined him in some high-level meetings prior to Thanks­giving break.

Spalding said he opposes the tax in general on prin­ciple. He said the tax­ation of endow­ments to influence uni­ver­sities sets a dan­gerous precedent that threatens their inde­pen­dence.

“In general, there should be an area of activity outside of gov­ernment reach that serves higher pur­poses of society beyond that reach, and private edu­cation has long been one of those,” Spalding said. “If the federal gov­ernment estab­lishes a tax on endow­ments for col­leges, I fear there are other activ­ities that under another Con­gresses and other admin­is­tra­tions gov­ernment will tax and by doing so reg­ulate, and that could be more threat­ening to Hillsdale.”

Adding to that, the leg­is­lation does not exempt non-Title IV insti­tu­tions, such as Hillsdale, that do not receive gov­ernment money. A majority of the uni­ver­sities and col­leges affected by the tax, however, do take federal sub­sidies. At some of these private, non­profit schools, they account for up to 70 percent of their income, according to Spalding.

Princeton Uni­versity, whose $23.8 billion endowment is one of the largest in the country (Harvard Uni­versity has the largest with $37.1 billion), received $420 million in tax breaks on its endowment income, federal research grants, and capital-gains exemp­tions in 2011, according to The Atlantic. That year, its endowment was $17 billion and accounted for almost half its nearly $1.4 billion oper­ating budget.

“Since Hillsdale receives no federal funds or grants what­soever, Hillsdale’s position is dis­tin­guishable on policy grounds,” Spalding said. “Hillsdale and other col­leges that are not taking the federal government’s money should not be subject to a tax on an endowment that was raised from private sources

Spalding said he has made several sug­ges­tions to pol­i­cy­makers, including removing the tax entirely, rewording it, or inserting an exemption for schools that refuse gov­ernment sub­sidies. He also said an alter­native to the tax is to cut the number of gov­ernment sub­sidies going to these insti­tu­tions.

Arnn agreed in an email: “The gov­ernment sub­si­dizes a thing with one hand and then taxes it with the other. Why did they not simply decrease the sub­sidies? What they do carries the impli­cation that only the gov­ernment can get bigger.”

An over­whelming majority of the endowment is to support aca­d­emics, Flannery said. Half is for schol­ar­ships, a quarter is for aca­demic pro­grams, and 15 percent is for faculty chairs.

Flannery added that only about 0.2 percent of Hillsdale’s endowment goes toward “nonaca­demic” pur­poses. This piece is for awards for stu­dents and faculty such as Pro­fessor of the Year and the Emily Daughtery Award for Teaching Excel­lence, which are pre­sented at spring and fall con­vo­ca­tions respec­tively.

“But I could argue that 0.2 percent is aca­demic in nature,” Flannery said. “It helps people.”

Every year, Hillsdale spends about 5 percent from its endowment, slightly above the more popular 3 – 4 percent, Flannery said.

“The main reason for that is that we want stu­dents going here today to benefit as well as be able to save enough for the stu­dents down the road to benefit,” he said.

With the endowment tax, however, the college could pay the equiv­alent of 27 full-tuition schol­ar­ships in taxes each year.

Spalding said that would be harmful, though the college could manage it. Its cre­ation, however, opens up the oppor­tunity for future Con­gresses to change the tax amount and threshold, which could cause problems in the future. He added that it may also deter other insti­tu­tions from growing and enlarging their endow­ments, as well.

If it comes to removing the endowment tax or passing the tax-cutting bill, however, Arnn said he does favor the plan.

“I hope they pass the bill, even with that stuff in it,” he said. “It is a still step in the right direction.”

Flannery said the idea of an endowment tax has been floated for several years, and he said he thinks now that it is in the tax plan, it is unlikely to dis­appear.

Spalding, however, is hopeful for its removal if the bill goes to a con­ference com­mittee between the House and Senate. He said many con­gressmen were unaware that the tax would affect insti­tu­tions such as Hillsdale before he spoke to them.

“I am cau­tiously opti­mistic that this will get cor­rected in con­ference, if it gets to con­ference,” Spalding said, “but they are all very aware that Hillsdale is harmed by it.” 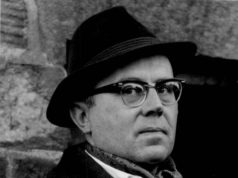 Hillsdale is conservative, not right-wing 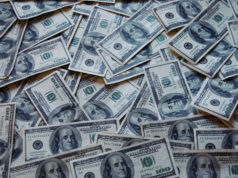 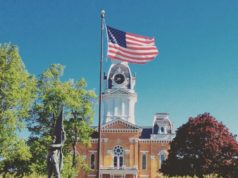